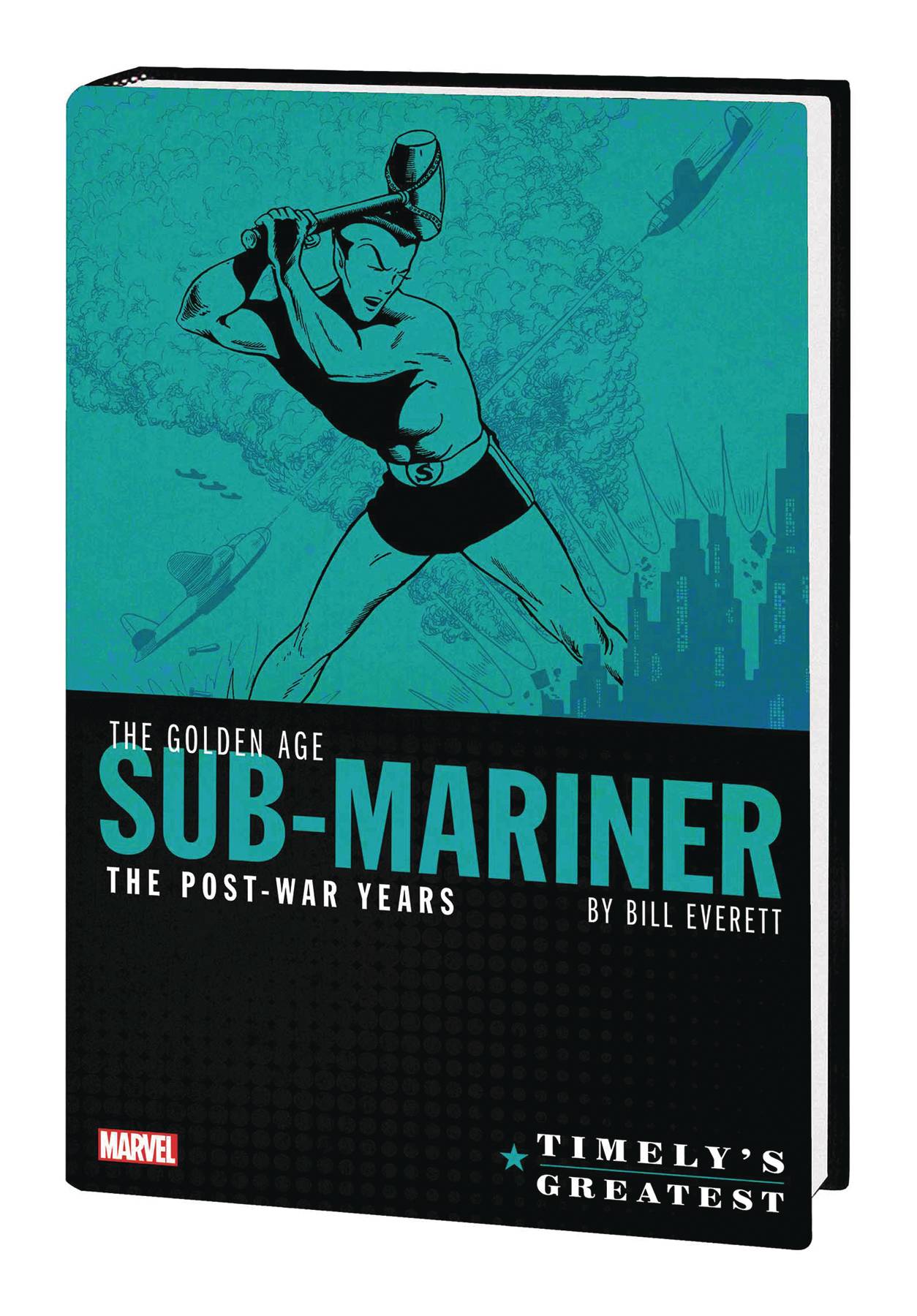 #
OCT191094
(W) Bill Everett (A/CA) Bill Everett
Marvel proudly presents TIMELY'S GREATEST, a series of once-in-a-lifetime volumes presenting the greatest stories of the Golden Age, when Marvel was known as Timely Comics! After his service in World War II, Bill Everett returned to the Sub-Mariner without missing a beat. In fact, Everett's art and storytelling was better than ever. Never before reprinted, his postwar Sub-Mariner and Namora tales are anarchic, energetic and utterly endearing! This volume also features Everett's fan-favorite 1950s Sub-Mariner revival during Marvel's Atlas Era. Alongside Namora, Princess Fen and intrepid love interest Betty Dean, Namor faces off against the nefarious Prince Byrrah, his own doppelgänger, giant crocodiles and Communists aplenty! These stories define the Sub-Mariner in a way never captured in any comic series before or since! Collecting material from SUB-MARINER COMICS #21-24, #26-30 and #32-42; NAMORA #1-3; MARVEL MYSTERY COMICS #84-86 and #90-91; HUMAN TORCH COMICS #28, #30 and #37-38; BLONDE PHANTOM COMICS #17; YOUNG MEN #24-28 and MEN'S ADVENTURES #28.
Rated T
In Shops: Jul 01, 2020
SRP: $125.00
ORDER WISH LIST