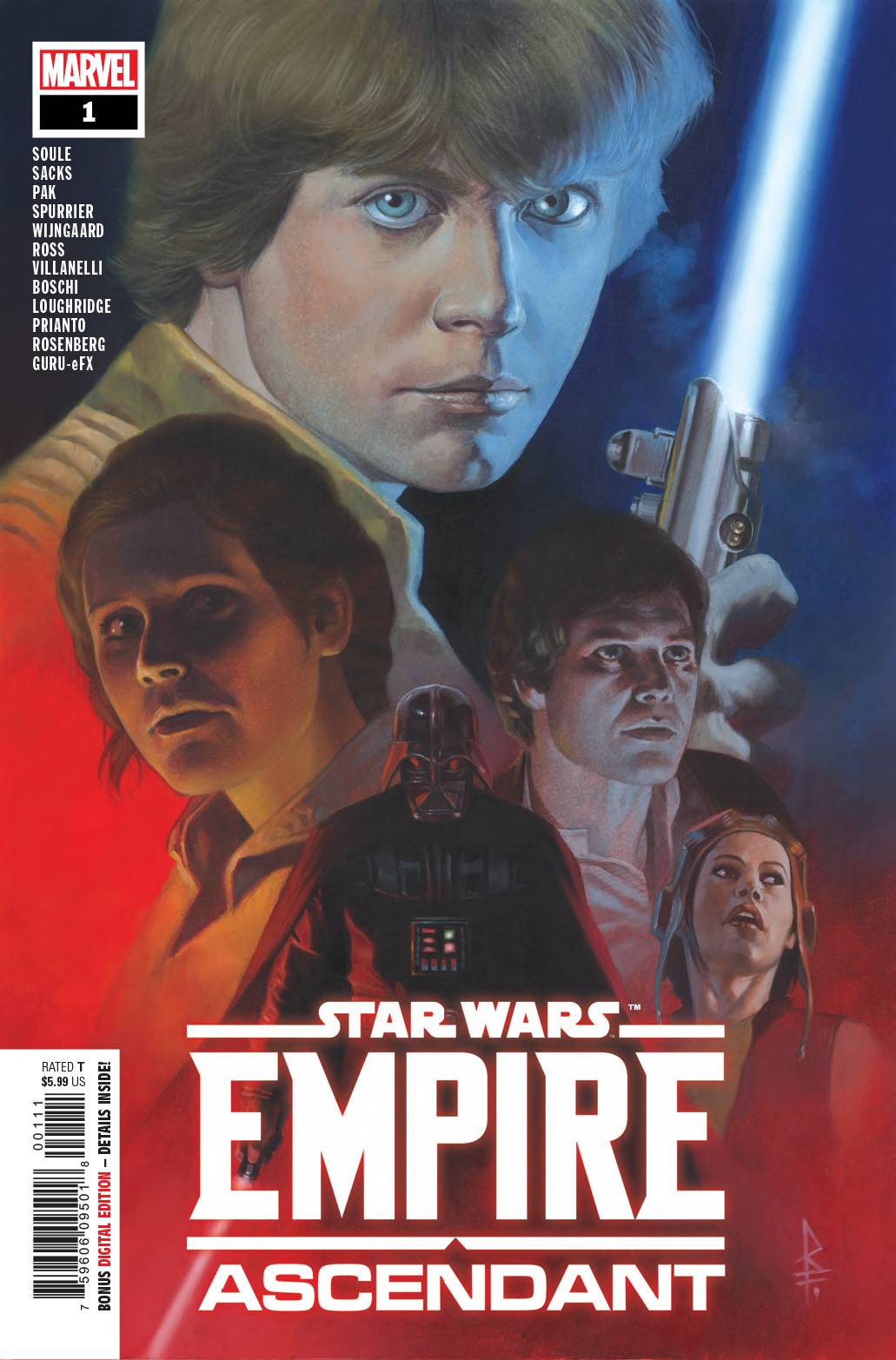 #
OCT191072
(W) Charles Soule, Greg Pak, Simon Spurrier (A) Caspar Wijngaard, Luke Ross, Roland Boschi, Sacks, Ethan, Paolo Villanelli (CA) Riccardo Federici
DESTINED FOR HOTH!
•  Luke Skywalker, Princess Leia Organa and smuggler Han Solo have have struck blow after winning blow against the Empire. The Rebels are digging in their defenses on the remote ice world of Hoth but how long will they truly be safe from their many enemies?
•  Darth Vader will stop at nothing to crush the rebels but his efforts to locate their new base have been in vain. Will the dark side of the Force guide him to the missing rebels and to young Skywalker or mire the dark lord in the conflicts of his past?
•  Despite a life riddled with treachery and destruction,  Doctor Aphra has found a family (of sorts). Former Imperial inspector Magna Tolvan and Aphra's young ward Vulaada will have to face the struggles of a life of rebellion...while Aphra reckons with her legacy.
•  Former Imperial loyalist turned cyborg bounty hunter BEILERT VALANCE is taking on a dangerous new mission. And the lives of the entire Rebellion-including his old buddy HAN SOLO's-are at stake should he fail!
Rated T
In Shops: Dec 18, 2019
SRP: $5.99