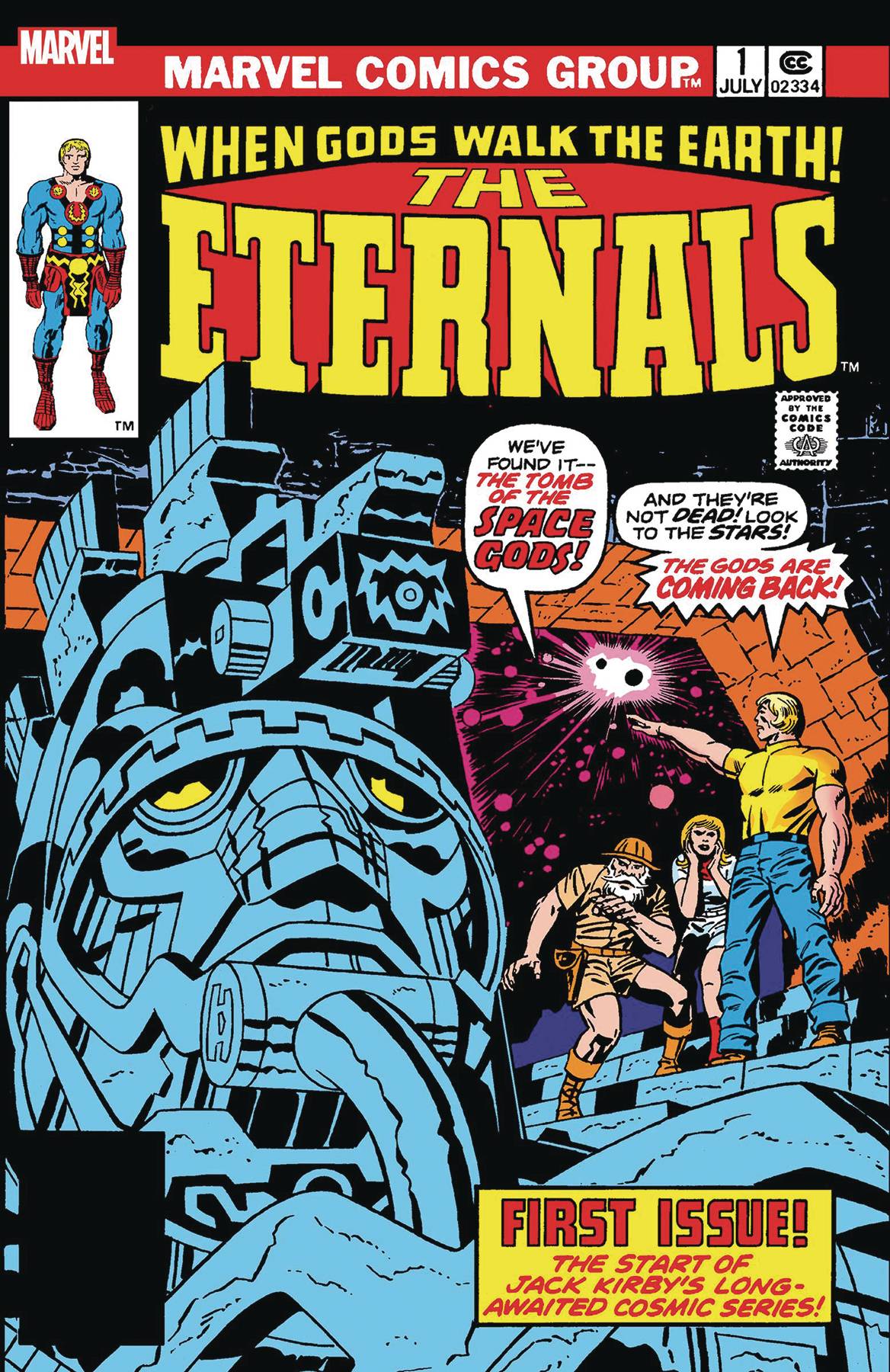 #
OCT190922
(W) Jack Kirby (A) John Verpoorten (A/CA) Jack Kirby
In 1976, the legendary King of comics Jack Kirby returned to Marvel brimming with cosmic ideas - and none were bigger than the Earth-shattering immortals known as the Eternals! In this mind-blowing first issue, Kirby unleashes the full brilliance of his unbridled imagination to reveal a secret history of heroes and horrors - in which two bizarre branches of humanity's cousins, the Eternals and the Deviants, vie to inherit the Earth! Prepare to meet Ikaris, Warlord Kro, and a colorful cast full of titans and terrors that could only have been conceived by the King himself! But who are the space gods known as the Celestials, and what happens if they are summoned back to Earth? It's one of the all-time great Marvel comic books, boldly re-presented in its original form, ads and all! Reprinting ETERNALS (1976) #1.
Rated T
In Shops: Dec 18, 2019
SRP: $3.99
ORDER WISH LIST