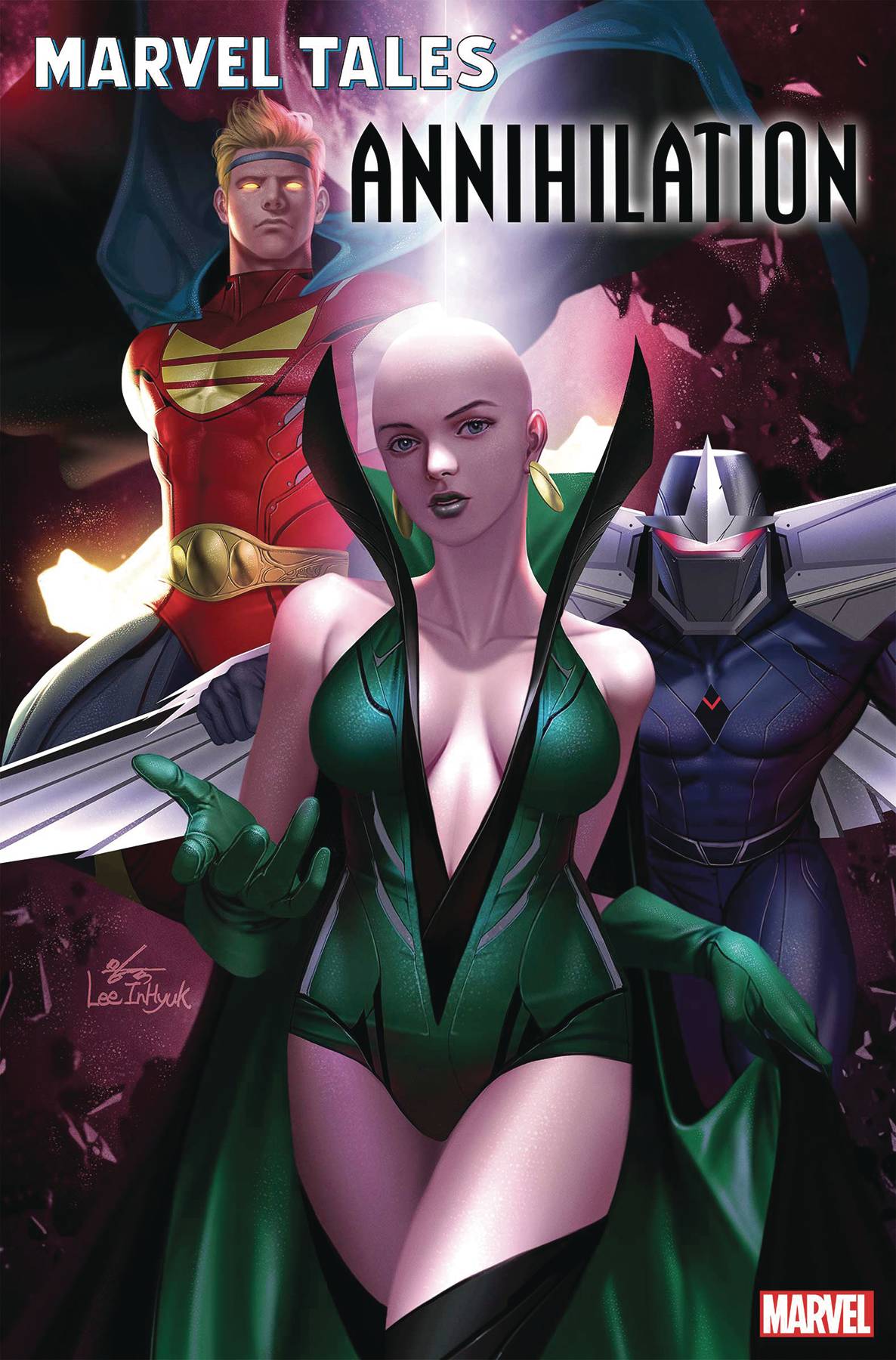 #
OCT190880
(W) Steve Gerber, Mark Gruenwald, Ralph Macchio, Danny Fingeroth (A) Don Heck, John Byrne, Joe Sinnott, Don Perlin, Mike Manley, Ricardo Villagran, Bob Wiacek, Bud LaRosa (CA) In-Hyuk Lee
Three of the major players in Marvel's next cosmic epic star in classic adventures, as we celebrate the 80th anniversary of the House of Ideas with the era-spanning MARVEL TALES! This anthology series shines a spotlight on fan-favorite characters, features timeless stories and highlights some of our most impressive talent from the past eight decades. First, former villain and future Guardian of the Galaxy Heather Douglas first takes on the name of Moondragon - and is rudely interrupted by the Man Without Fear in DAREDEVIL (1964) #105! Then Quasar, newest head of security at Project PEGASUS, is the victim of mistaken identity when the Thing comes a-calling - and a-clobberin' - in the John Byrne-illustrated MARVEL TWO-IN-ONE (1974) #53! And in DARKHAWK (1991) #6, the fledgling hero with a space-faring destiny joins Daredevil and Captain America in battle with the U-Foes!
Rated T
In Shops: Dec 18, 2019
SRP: $7.99
ORDER WISH LIST