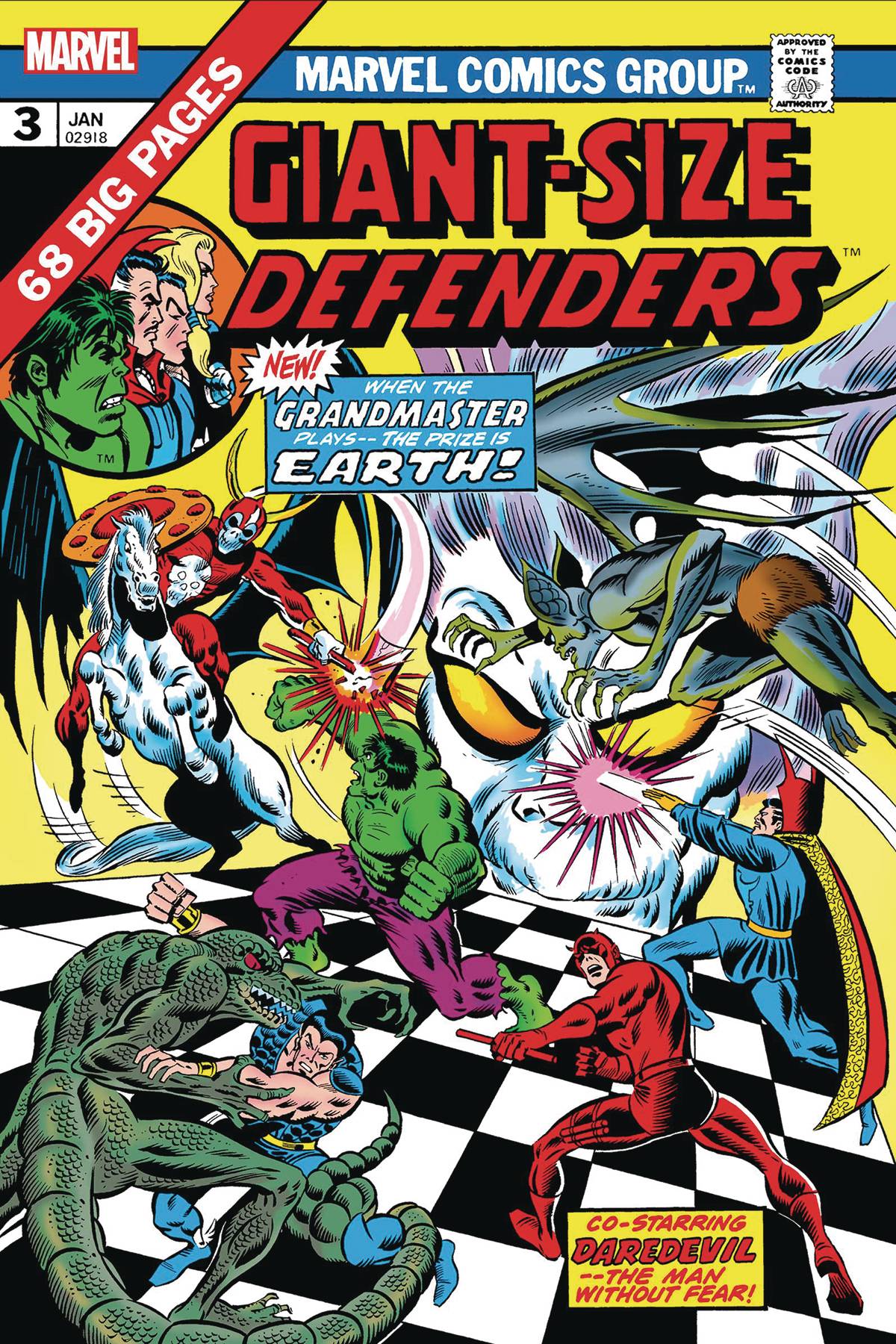 #
OCT190879
(W) Steve Gerber, Jim Starlin, Len Wein, Stan Lee (A) Jim Starlin, Dan Adkins, Don Newton, Jim Mooney, Steve Ditko (CA) Sal Buscema
It's Daredevil's first adventure with the Defenders! No, not Jessica Jones, Luke Cage and Iron Fist - we're talking the original Defenders: Doctor Strange, Hulk, Sub-Mariner, Valkyrie and Nighthawk, the greatest non-team in comics! And now, the Man Without Fear must join them in a cosmic game of chess played between the ever-manipulative Grandmaster and the playful Prime Mover! The rules are simple - Daredevil and the Defenders vs. a dangerous group of aliens...with the fate of the Earth at stake! And among these enemies is a major threat with a big future ahead of him - Korvac, from the year 2977! One of the biggest power players in the Marvel Universe makes his debut in this action-packed classic! It's one of the all-time great Marvel comic books, boldly re-presented in its original form, ads and all! Reprinting GIANT-SIZE DEFENDERS #3.
Rated T
In Shops: Dec 11, 2019
SRP: $4.99