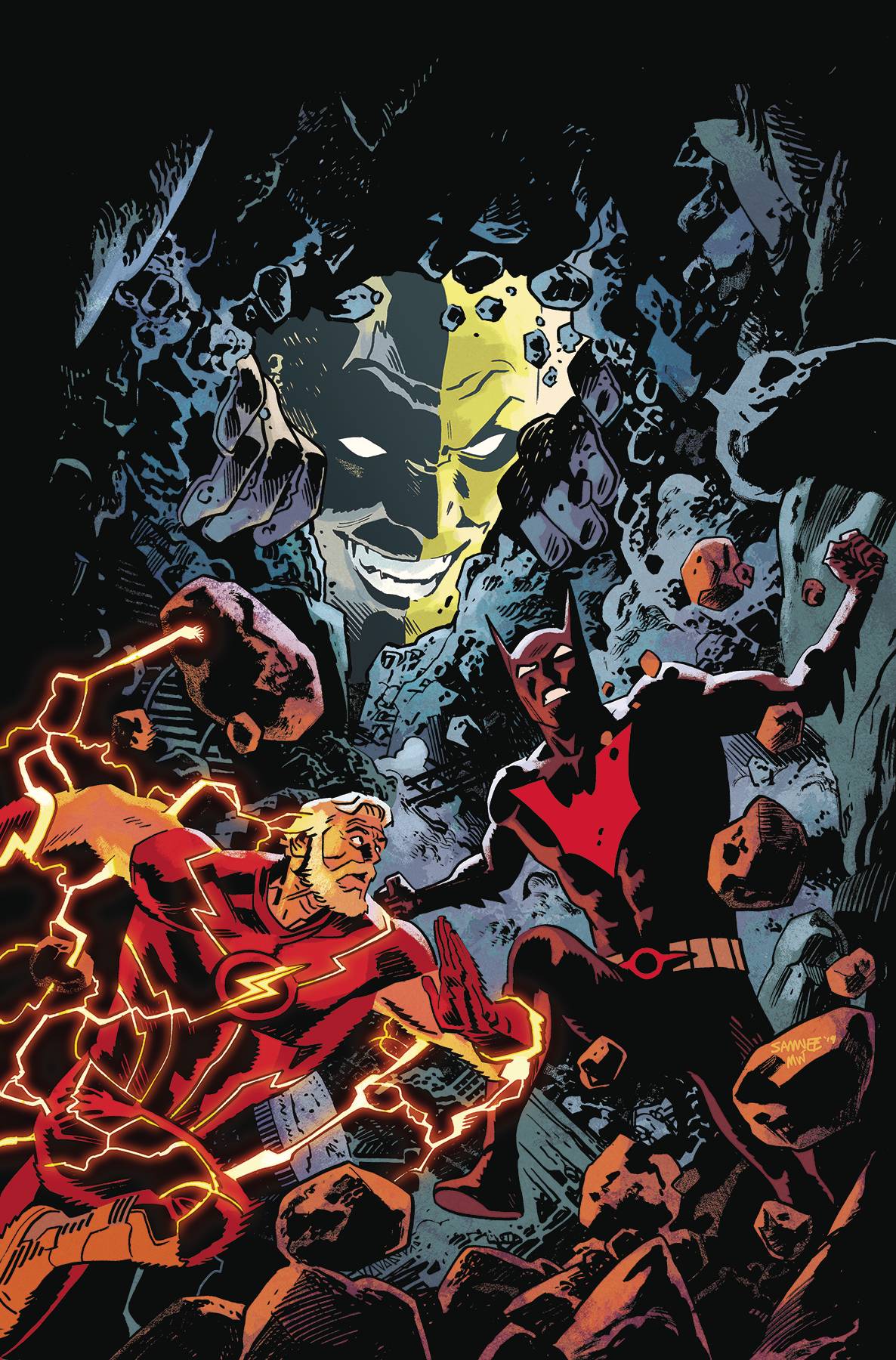 #
OCT190631
(W) Dan Jurgens (A) Rick Leonardi, Ande Parks (CA) Chris Samnee
A mysterious new villain known as the Splitt is preying on Neo-Gotham. Only Batman is capable of stopping him, but Terry McGinnis isn't getting help from Bruce Wayne, who is too busy lavishing cash all over the city to support Terry. Will even the combined forces of Batman and the Flash be enough to stop Splitt-and the mysterious False Face? Collects issues #31-36.
In Shops: Jan 29, 2020
SRP: $16.99
View All Items In This Series