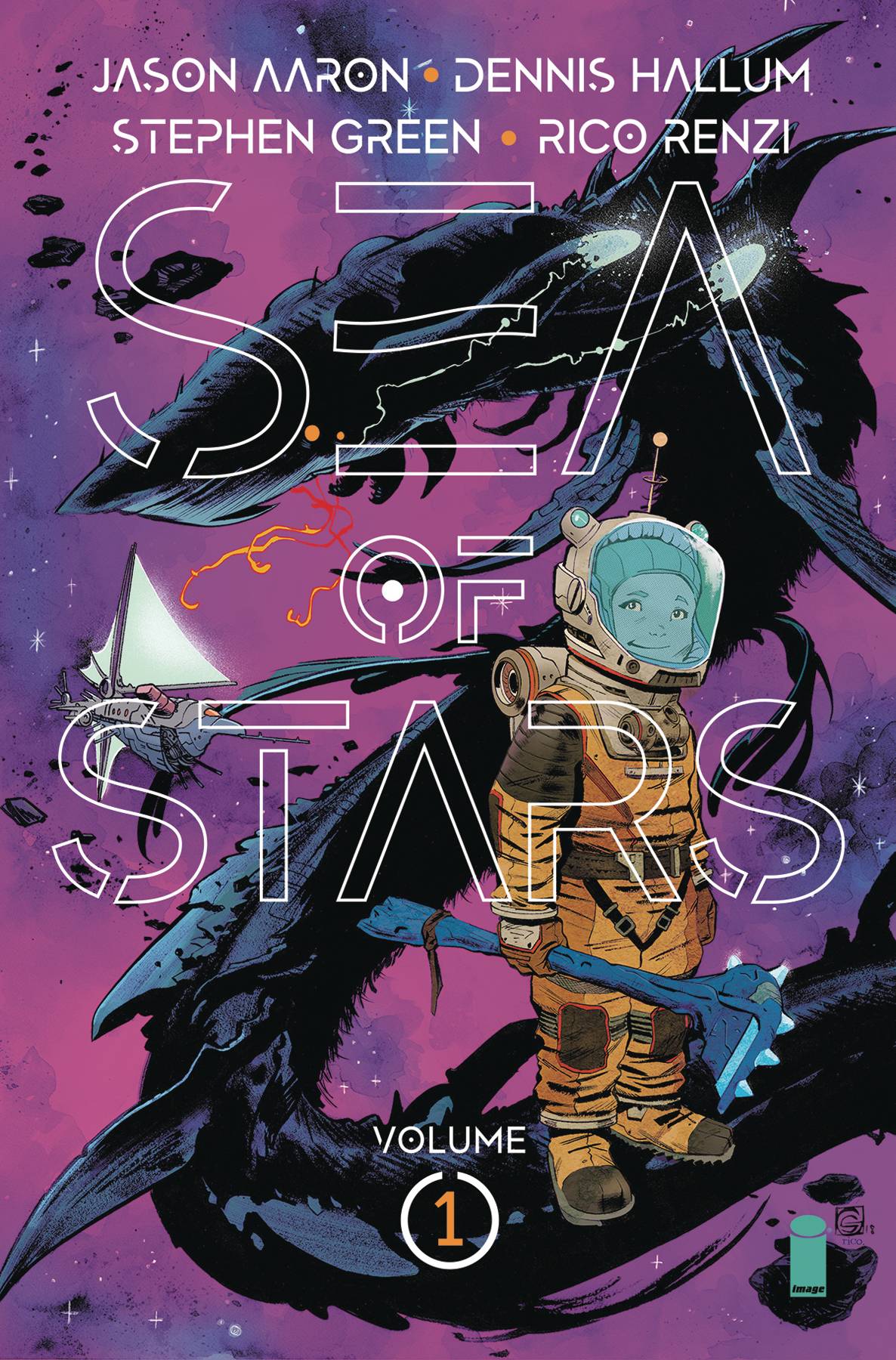 #
OCT190059
(W) Jason Aaron, Dennis "Hopeless" Hallum (A/CA) Stephen Green
Being a space trucker may sound like a cool job, but in reality it can be boring as hell. So when recently widowed Gil gets a long-haul gig across the universe, he figures it's safe enough to bring his young son Kadyn along for the ride. But when their "big rig" gets bitten in half by a gigantic Space Leviathan, Gil is separated from his young son-with a breached suit that's venting oxygen at an alarming rate. He'll have to defy the odds and stay alive long enough to rescue Kadyn. But Kadyn seems to be getting all the help he needs from a talking Space Monkey riding a Space Dolphin... or maybe it's the strange powers he's suddenly manifesting.

From the writing duo of JASON AARON (SOUTHERN BASTARDS, Thor) and DENNIS HALLUM (Cloak & Dagger, Vader: Dark Visions), with dazzling art by STEPHEN GREEN (Hellboy and the B.P.R.D.) and cosmic colors by RICO RENZI (Spider-Gwen) comes an intense, galaxy-spanning adventure with all the scope and heart of the The Neverending Story crossed with imaginative weirdness of Miyazaki.