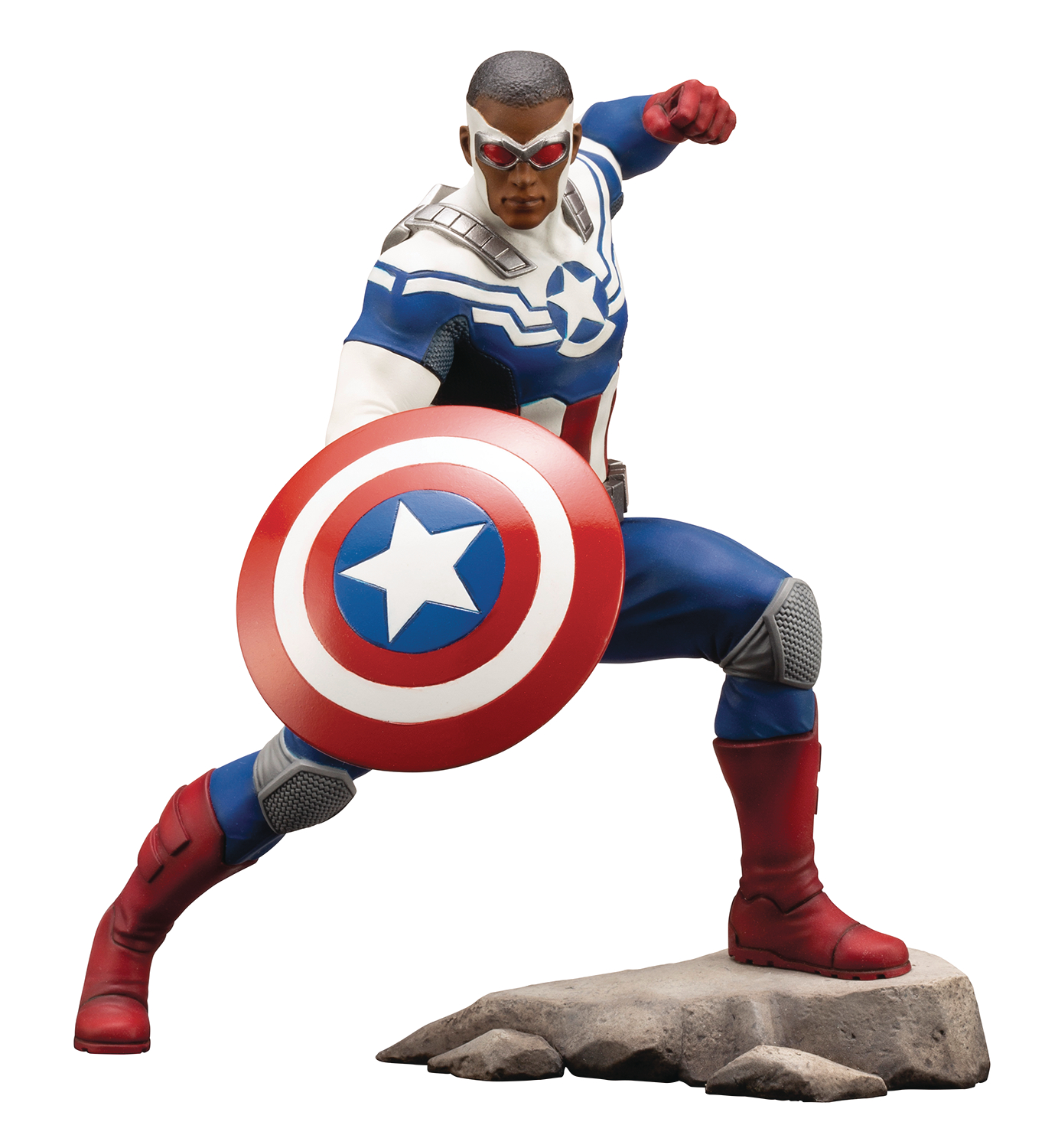 OCT182532
From Kotobukiya. Kotobukiya's Marvel Comics ARTFX+ series has brought you a range of characters, from the Avengers to the X-Men, Defenders, and more, with stunning detail in 1/10 scale. Now the spotlight returns to Earth's Mightiest Heroes with a new series of Avengers characters based on designs by Marvel superstar artist Adi Granov. The next character to join the series is Sam Wilson as Captain America! Sam Wilson, also known as Falcon, took on Captain America's name and shield after Steve Rogers decided to retire from the front lines. With Falcon's high-tech jetpack strapped to his back, Sam Wilson became the first Captain America able to fly through the sky and remained an iconic representation of the classic hero. The design for the statue is based on a design by Adi Granov that perfectly encapsulates the photo-realistic style of the iconic artist.