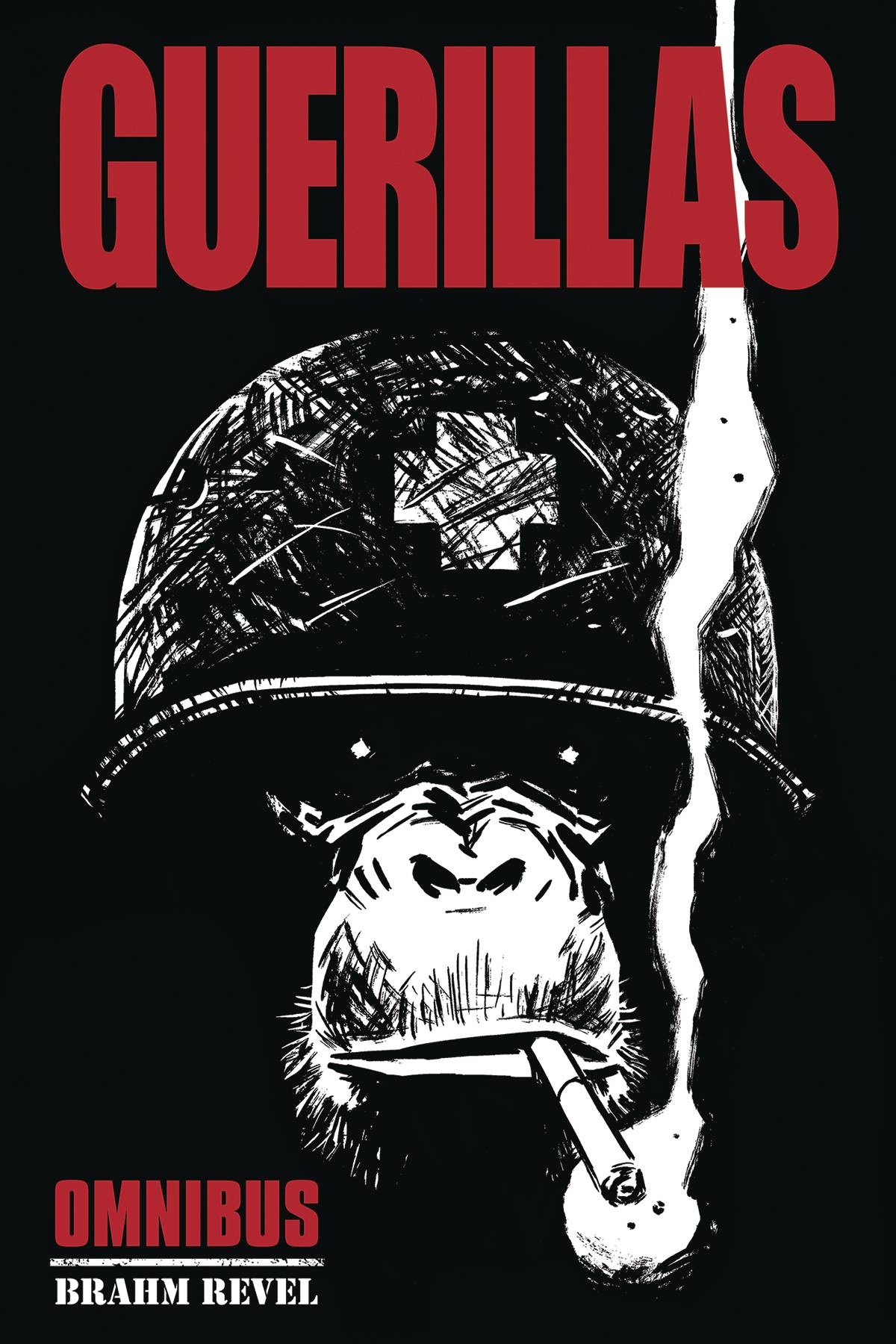 #
OCT181829
(W) Brahm Revel (A) Brahm Revel
Brahm Revel's critically-acclaimed series is collected for the first time in one volume in the Guerillas: Omnibus Edition! Private John Francis Clayton is on his first tour of duty in Vietnam, facing death at every turn in the middle of a war he doesn't understand. Clayton is just trying to stay alive when he encounters an elite platoon of.... simian soldiers?!? This squad of chain-smoking chimps is the most dangerous fighting force in the jungle... but whose side are they on?
In Shops: Mar 27, 2019
SRP: $39.99