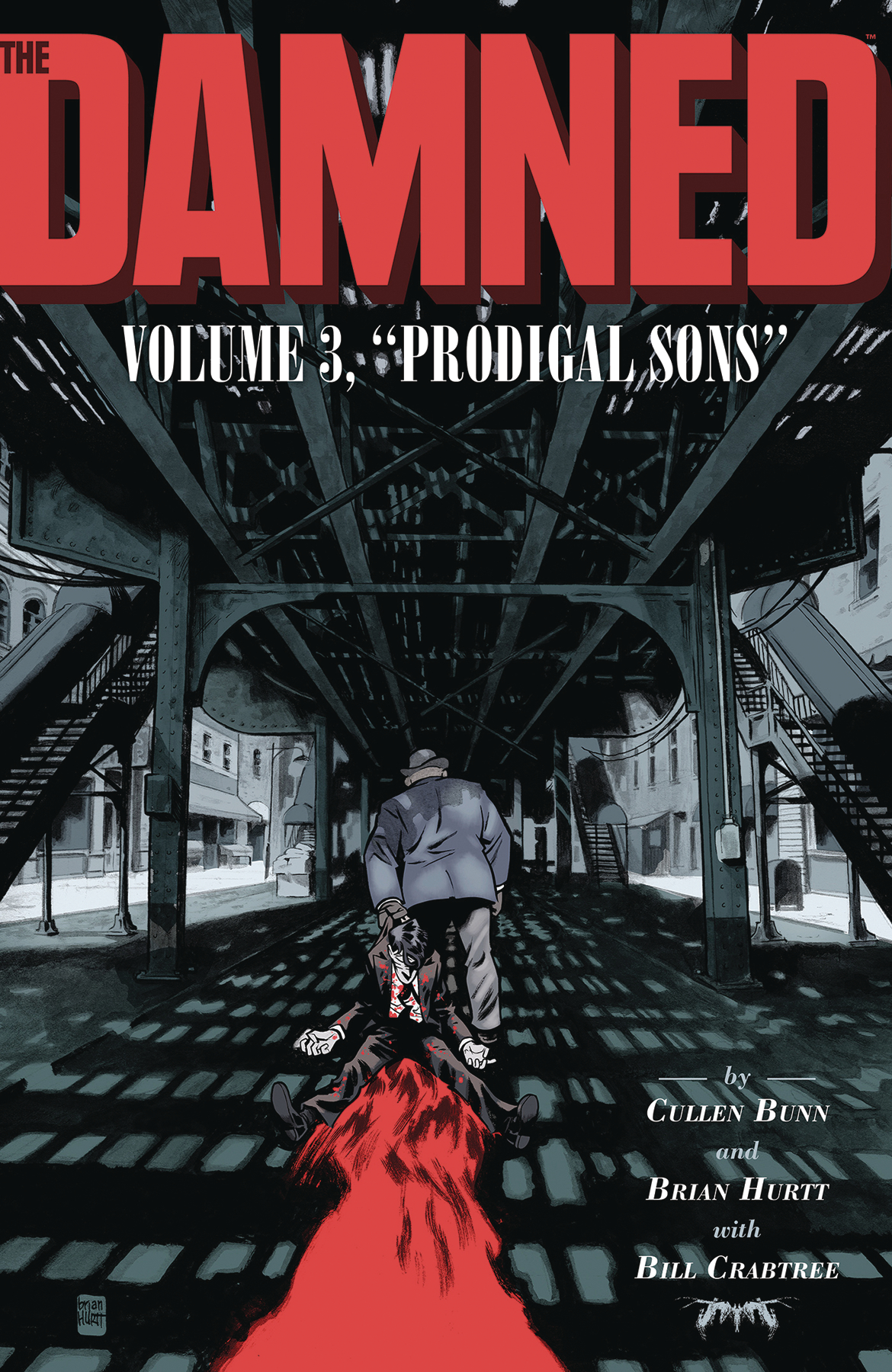 OCT181828
(W) Cullen Bunn (A/CA) Brian Hurtt
THE DAMNED: PRODIGAL SONS, is the third volume of the fan-favorite series by the award-nominated creative team behind THE SIXTH GUN you won't want to miss! years of playing every side in a world of Prohibition-era crime and violence spearheaded by demonic crime families, Eddie's unfortunate gift of never staying dead may have reached it's limit. While he seeks out their mother in the afterlife, Eddie's cursed brother Morgan has try to keep them both out of the hands of those are determined to make sure Eddie stays dead this time around.
In Shops: Feb 13, 2019
SRP: $19.99
View All Items In This Series