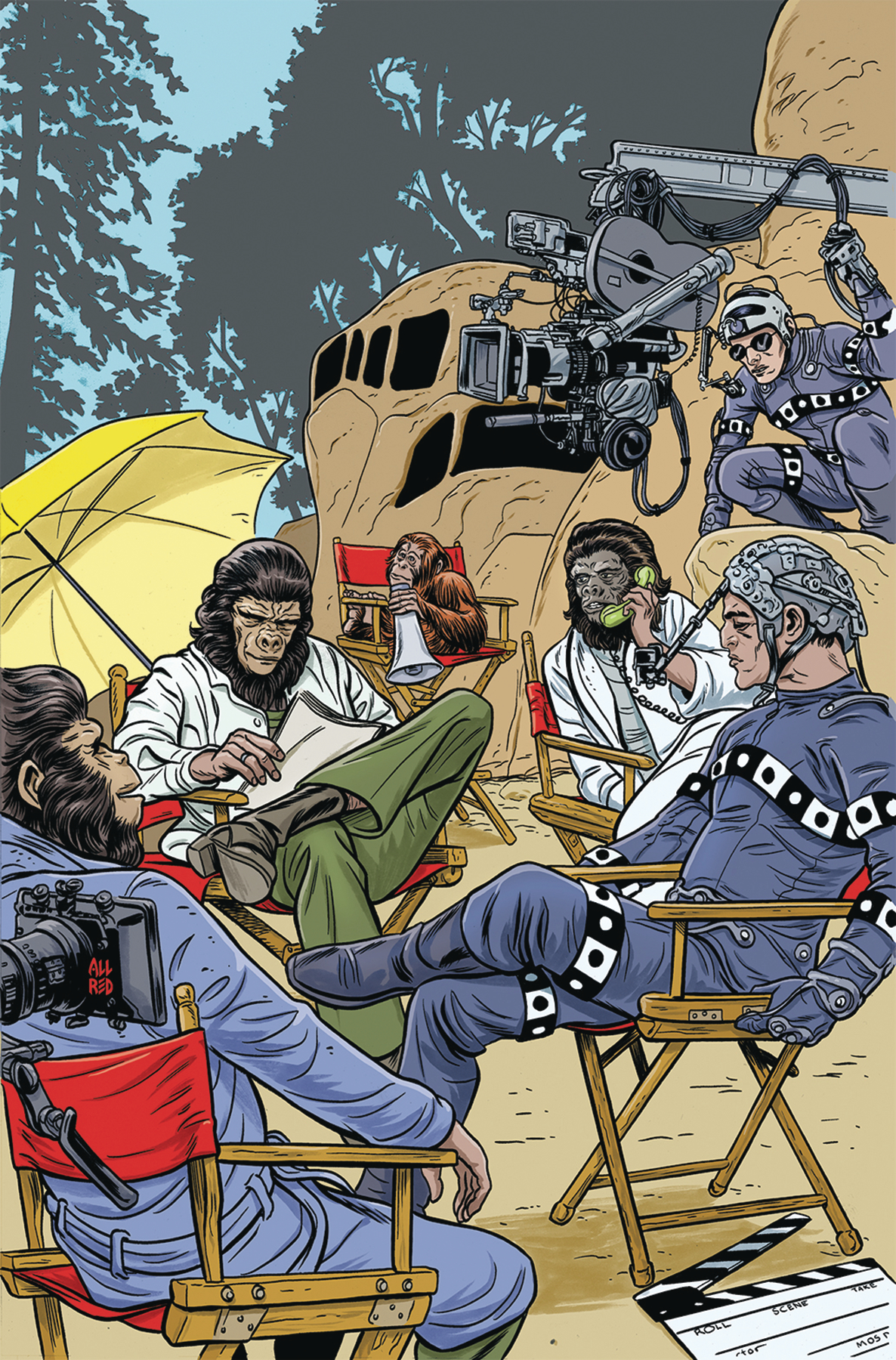 OCT181261
(W) Matt Kindt, Jeff Jensen, Ryan Ferrier (A) Matt Smith, Jared Cullum, Lalit Kumar Sharma (CA) Michael Allred
Celebrate over 50 years of one of cinema 's most influential franchises with this one-shot collection of stories highlighting the simian citizens of the world of Planet of the Apes! Featuring stories from both the original films and new series canon, including the life of an Ape Soldier in General Ursus 's army, and a story set before Dawn of the Planet of the Apes, revealing Koba 's early
struggles to remain loyal to Caesar.
In Shops: Dec 12, 2018
SRP: $7.99
View All Items In This Series