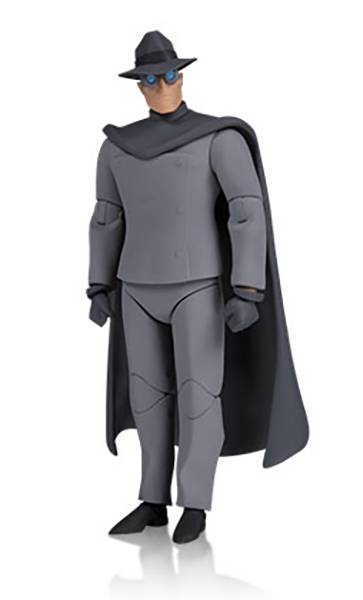 # #
OCT180627
Beware the Gray Ghost from Batman: The Animated Series! The star character of the TV show of the same name, the Gray Ghost was a huge hero in Bruce Wayne's childhood, and he often watched the show with his late father before Thomas's tragic passing.

The Gray Ghost has long a fan favorite after appearing in one of the most celebrated episodes of Batman: The Animated Series. This 6" figure comes complete with props and accessories from the episode including remote control cars and weapons from the Gray Ghost himself.
In Shops: May 08, 2019
SRP: $28.00