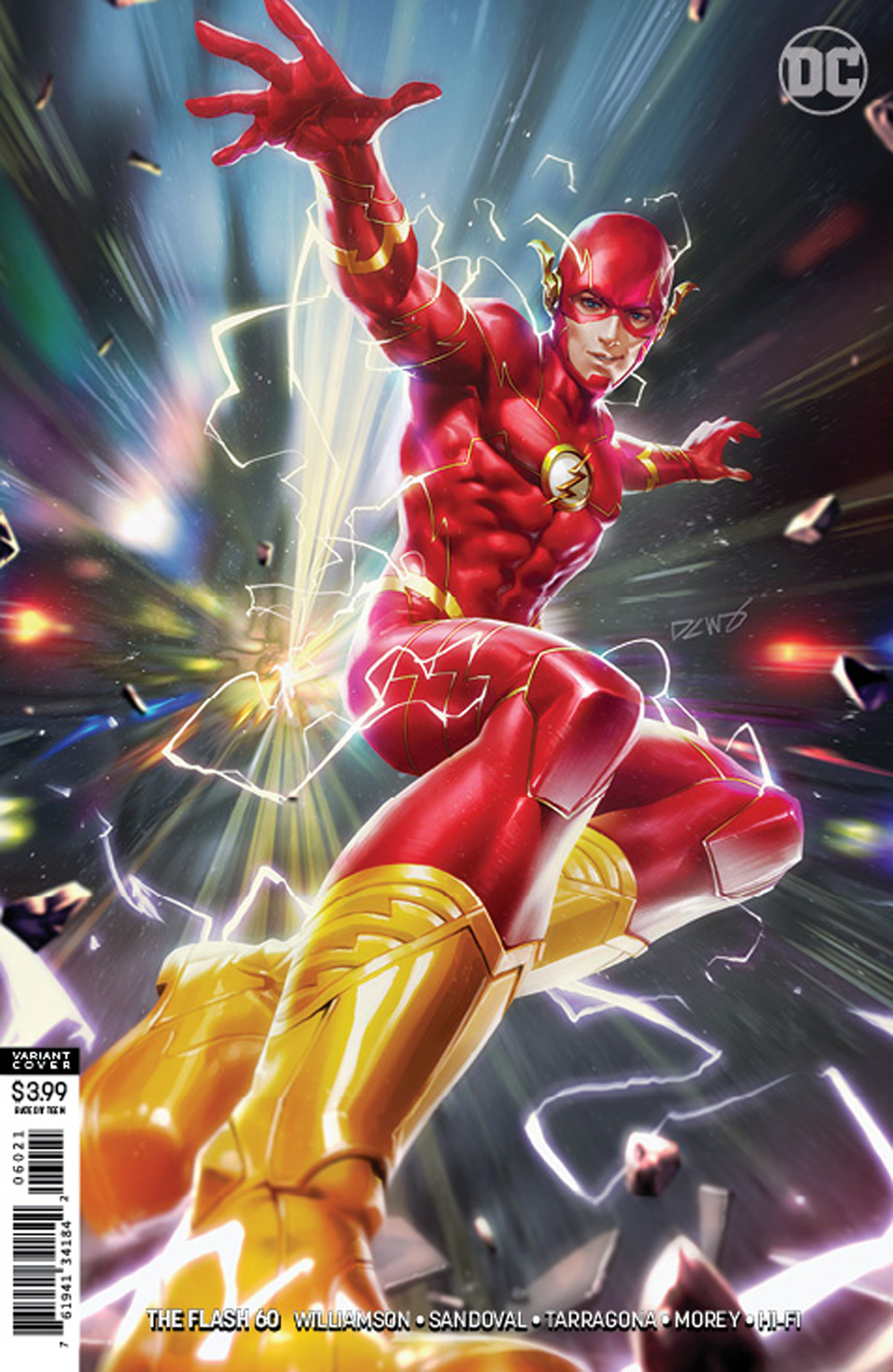 OCT180503
(W) Joshua Williamson (A) Rafa Sandoval, Jordi Tarragona (CA) Derrick Chew
Barry puts his fleet feet in his mouth against the next Force wielder he meets! Introducing the new Strength Force user, Powerhouse: she's a young rebel using her powers to fight the corrupt police state in Corto Maltese. When Barry learns that she wants to use her super-strength to overthrow the government, he tries to intervene-and ends up tripping into a melee with the new hero instead.
In Shops: Dec 12, 2018
SRP: $3.99
View All Items In This Series