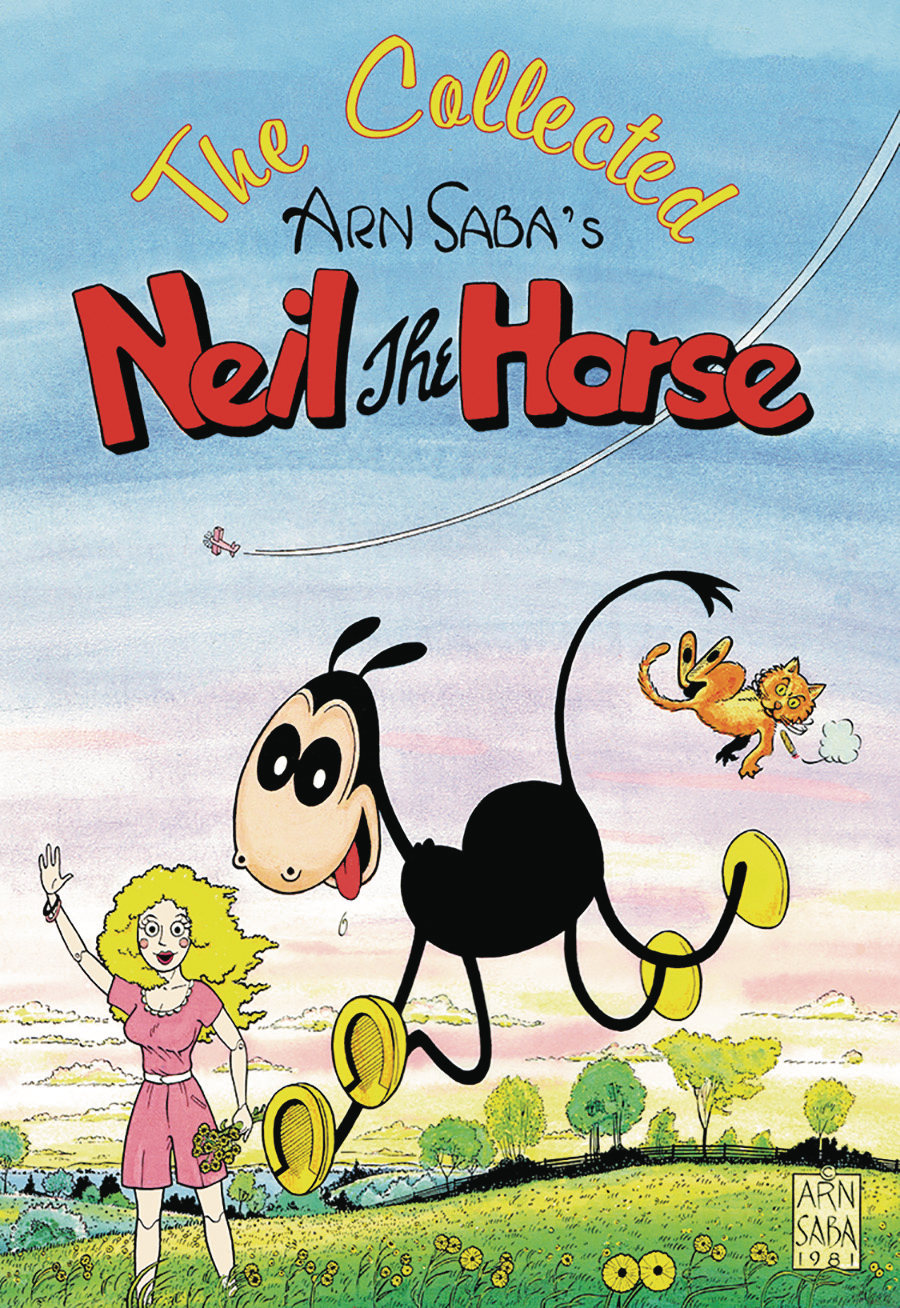 OCT171411
(W) Arn Saba (A/CA) Arn Saba
Neil the Horse ran 15 issues in the 1980s. With its tagline, "Making the World Safe for Musical Comedy" it is a totally original hybrid influenced more by Carl Barks and Fred Astaire than by the underground comics of the time. Originally produced under the name Arn Saba, Neil's creator transitioned to Katherine Collins after the last issue. Introduction by Trina Robbins.