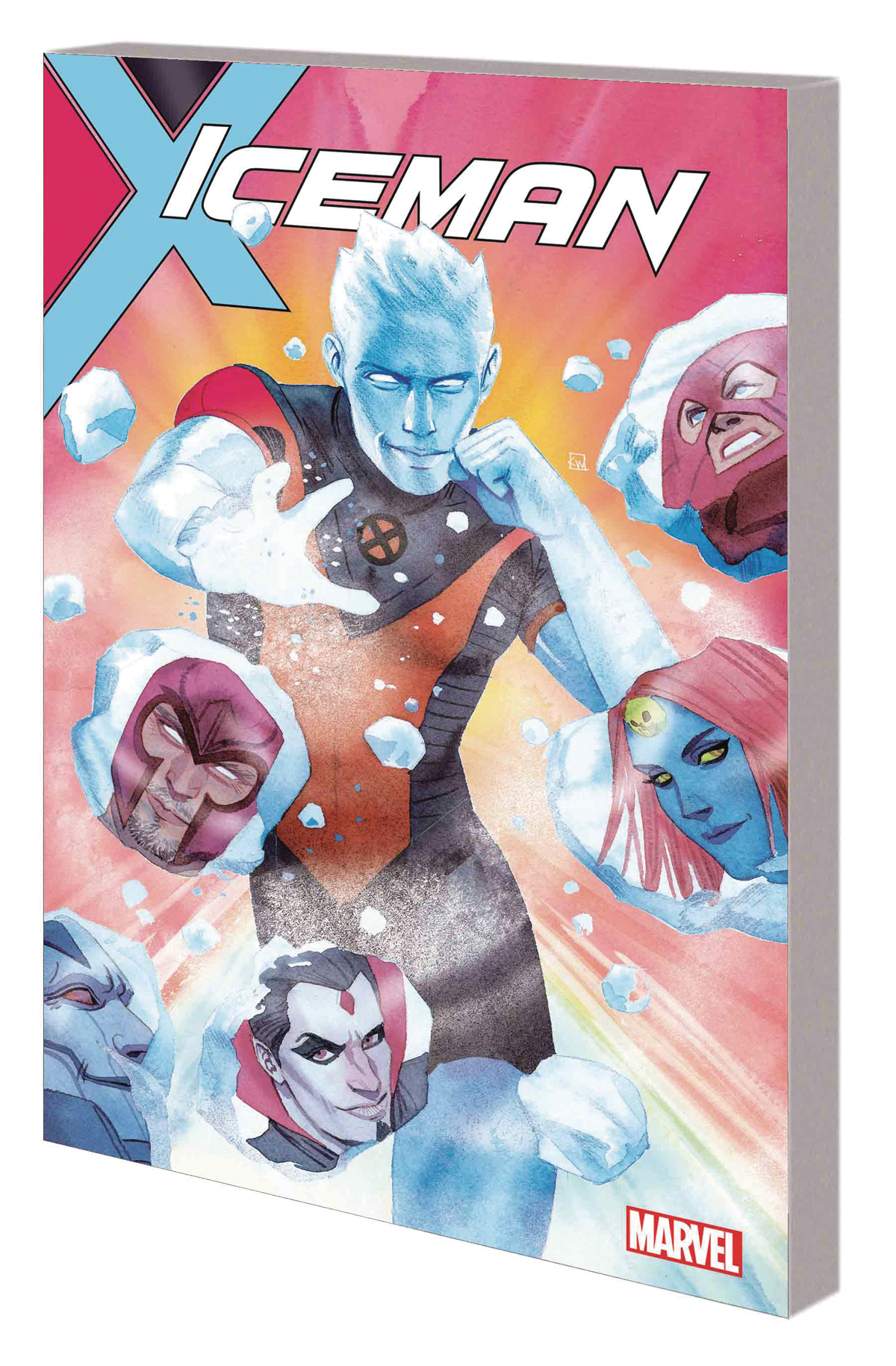 OCT171004
(W) Sina Grace (A) Alessandro Vitti, Ibraim Roberson, Edgar Salazar (CA) Kevin Wada
Bobby Drake has been in the super-hero game longer than most - but what is he known for besides a few good one-liners and a string of failed relationships? The time is now or never for Bobby to build a life and legacy he can be proud of - and become the best Iceman he can be! But whether seeking ex-girlfriend Kitty Pryde's advice on meeting guys or delivering his latest news to his parents, it won't be easy - and that's before a gang of revenge-seeking Purifiers comes calling! Still learning to be comfortable in his own skin, Bobby will meet someone who's perhaps too comfortable in his: the Son of Wolverine himself, Daken! But when the moment of truth arrives, which is worse for Iceman: facing his parents - or the Juggernaut? Collecting ICEMAN (2017) #1-5.
Rated T+
In Shops: Dec 27, 2017
SRP: $15.99
View All Items In This Series
ORDER WISH LIST