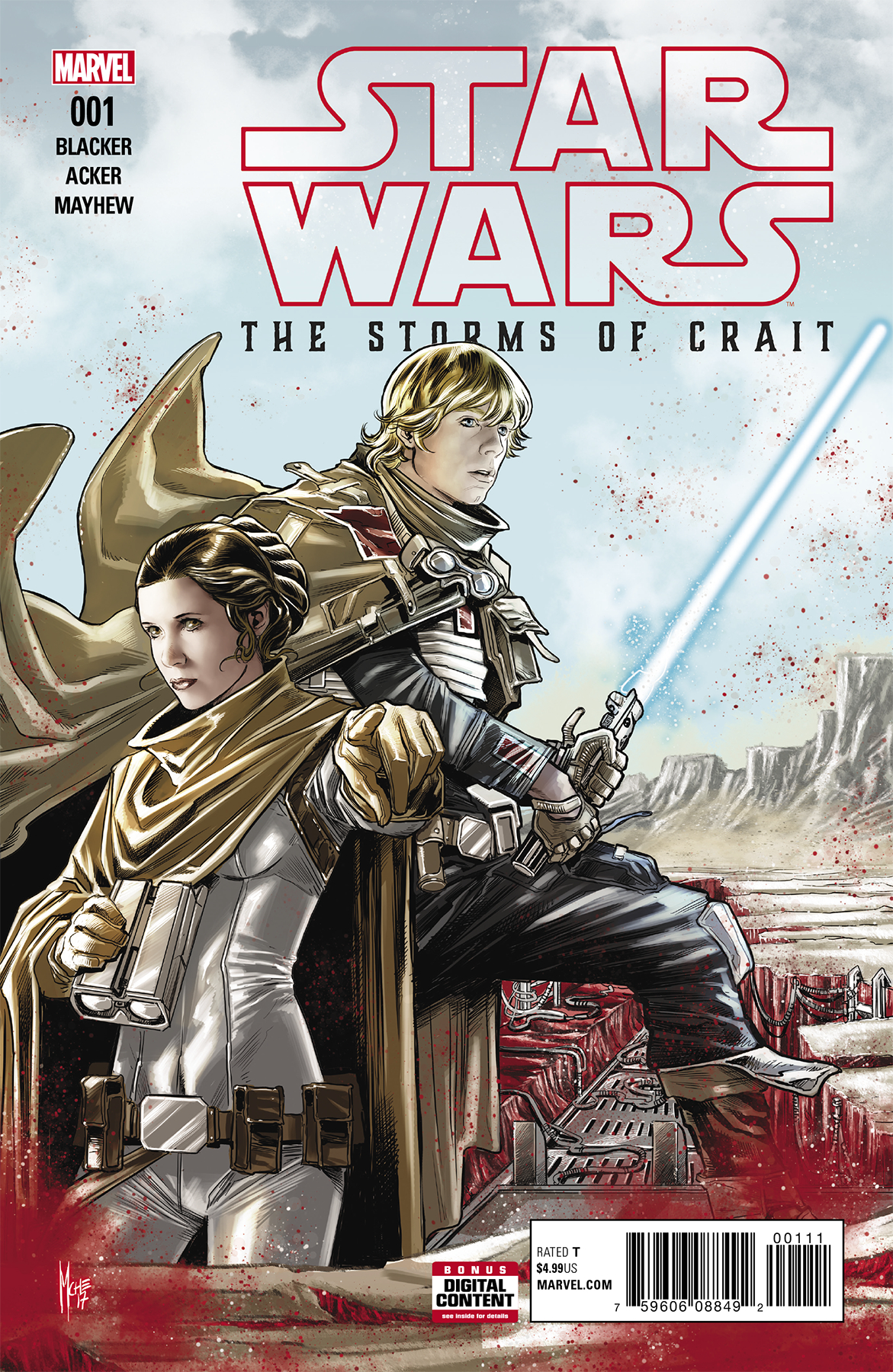 OCT170967
(W) Ben Acker, Ben Blacker (A) Mike Mayhew (CA) Marco Checchetto
This December, the soon-to-be thrilling Star Wars: The Last Jedi rocks movie screens across the world...and the reverberations are felt all around a galaxy far, far away! First up, learn the secret of the mineral planet Crait! Long before it became a battleground between the Resistance and the First Order, Luke Skywalker and Leia Organa led the Rebellion there in search of a new home! From writers Ben Acker & Ben Blacker (Star Wars Join the Resistance) and artist Marco Checchetto (Star Wars: Shattered Empire) comes the backstory to this winter's biggest adventure!
Rated T
In Shops: Dec 27, 2017
SRP: $4.99
View All Items In This Series