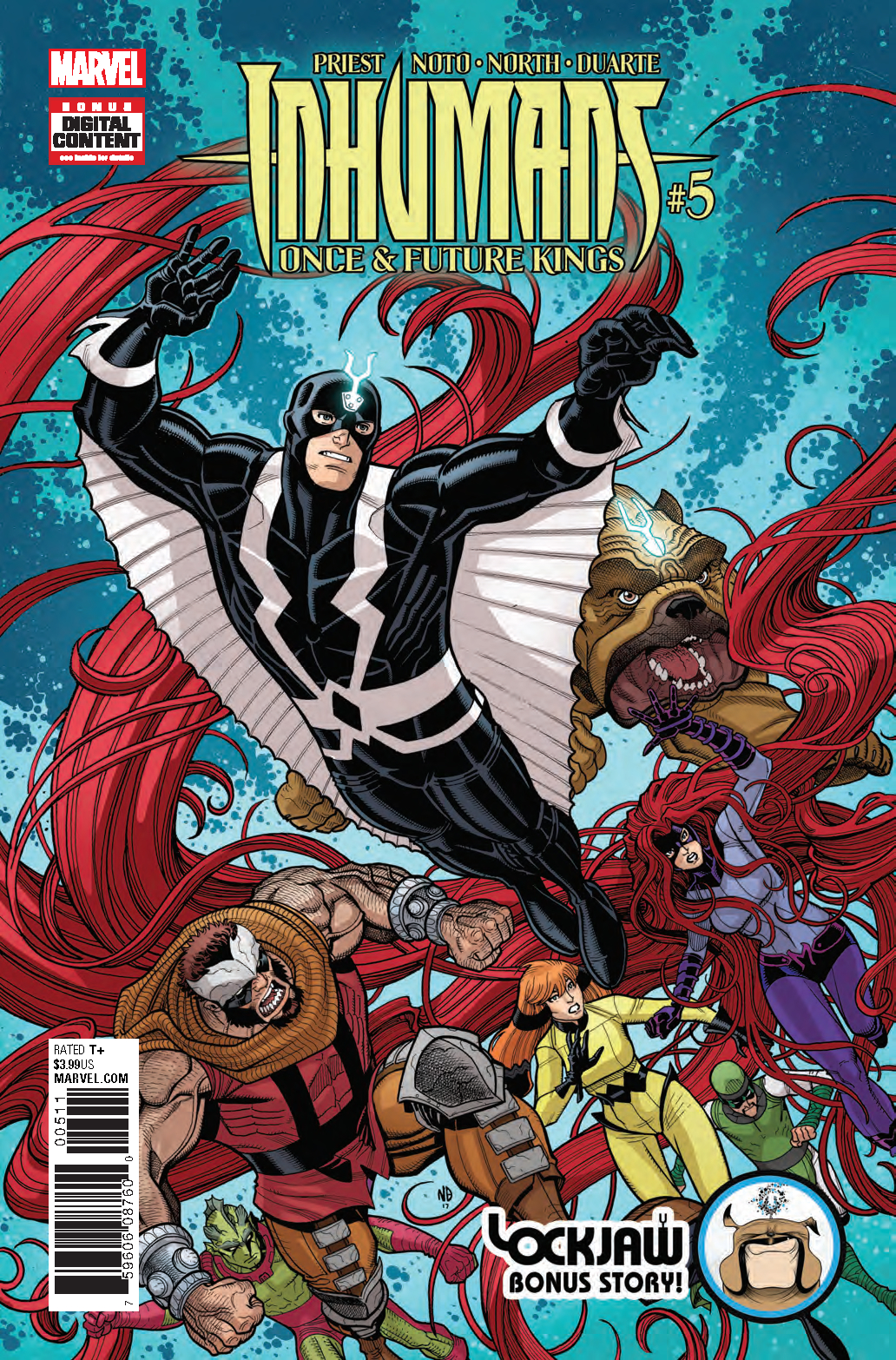 OCT170959
(W) Christopher Priest, Ryan North (A) Phil Noto, Gustavo Duarte (CA) Nick Bradshaw
YOU CAN'T GO HOME AGAIN...
•  Except that's exactly what the young Royals have to do!
•  Armed with the Wizard's technology, Black Bolt, Medusa, and Maximus must return to Attilan to clear their names of treason - but their seeming ally Elisha has his own agenda!
•  With their home in danger, the Royals must meet their destinies! But is Black Bolt ready for a king's responsibilities?
•  Plus: The final installment of the adventures of Lockjaw, as told by UNBEATABLE SQUIRREL GIRL writer Ryan North along with artist Gustavo Duarte!
Rated T+
In Shops: Dec 06, 2017
SRP: $3.99
View All Items In This Series