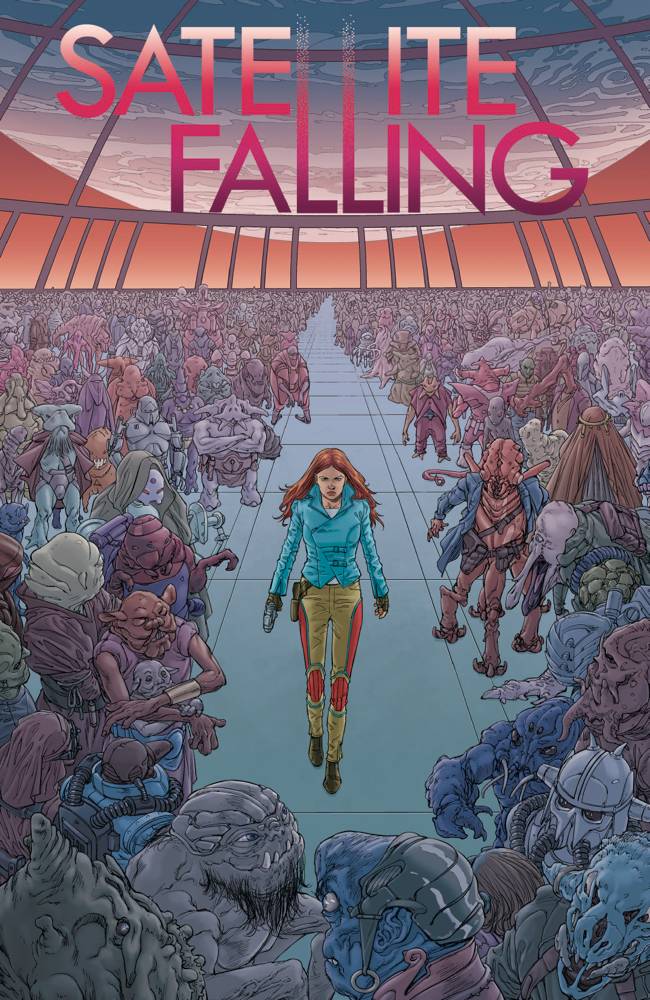 #
OCT170538
(W) Steve Horton (A) Martin Morazzo, Austin Janowsky (A/CA) Stephen Thompson
She's the only human on an alien world... and that's the least of her problems. A sci-fi series filled with grit and wit. She fled a fallen Earth, her lover dead. Now, Lilly makes her way as a cabbie by day and a bounty hunter by night as the sole human on SATELLITE. But when Lilly's past catches up with her, it's going to take her and an unlikely band of weird aliens to set things right. What has she gotten herself into?