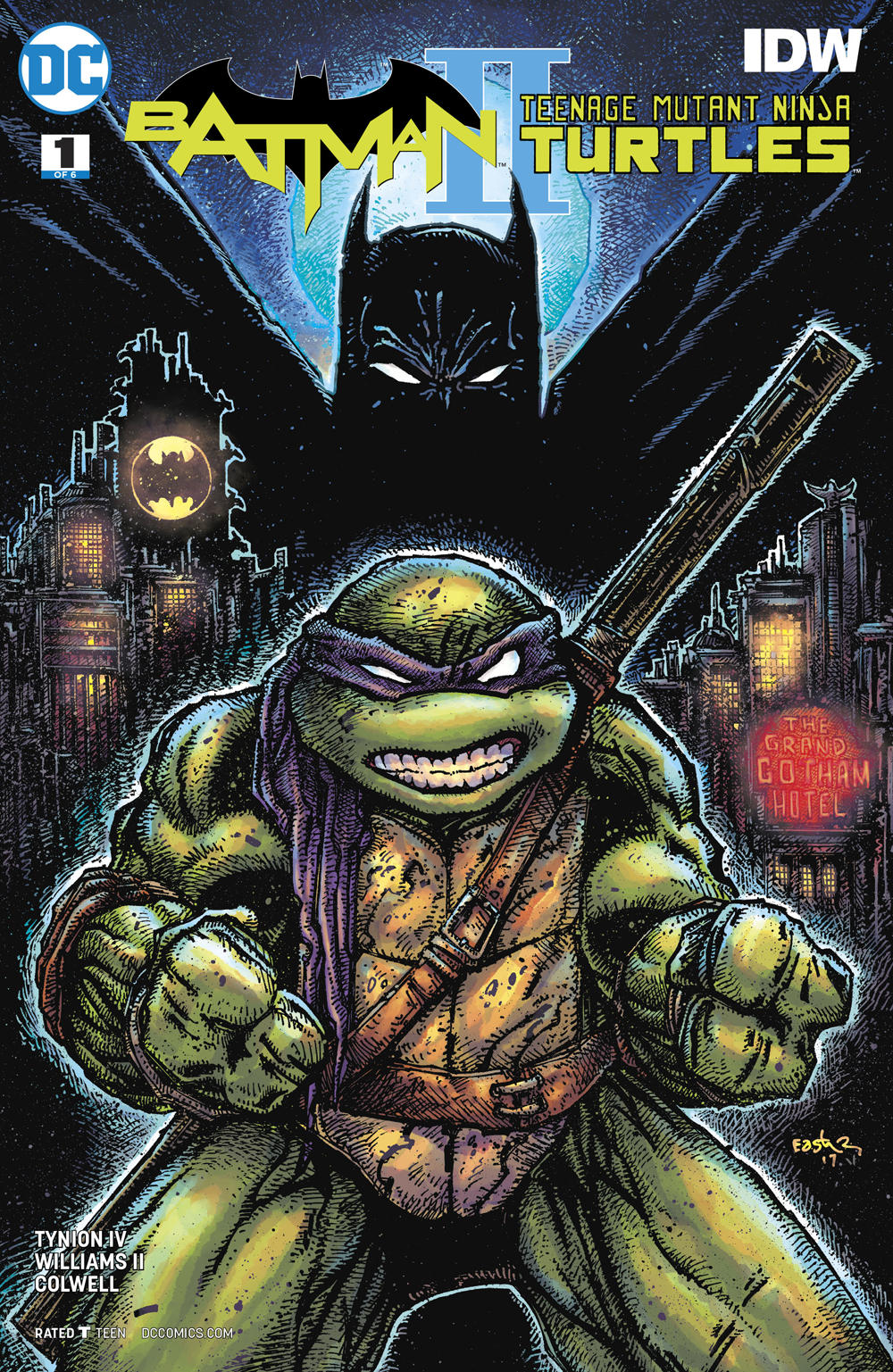 OCT170212
(W) James TynionIV (A) Freddie Williams II (CA) Kevin Eastman
The team behind the smash-hit crossover series is back to reunite the Dark Knight and the Heroes in a Half-Shell. When Donatello goes looking for a new mentor to help him improve his fighting skills, he opens a doorway to another reality, hoping to summon the Turtles' one-time ally, Batman. But instead, he gets sent to Gotham City and someone else comes through the open portal-Bane! Suddenly, there's a new gang boss in New York and he's out to unite all the other bad guys under him. Can Donnie get back in time and bring Batman with him to help his brothers before Bane causes irreparable destruction? Co-published with IDW.
RATED T
In Shops: Dec 06, 2017
SRP: $3.99
View All Items In This Series