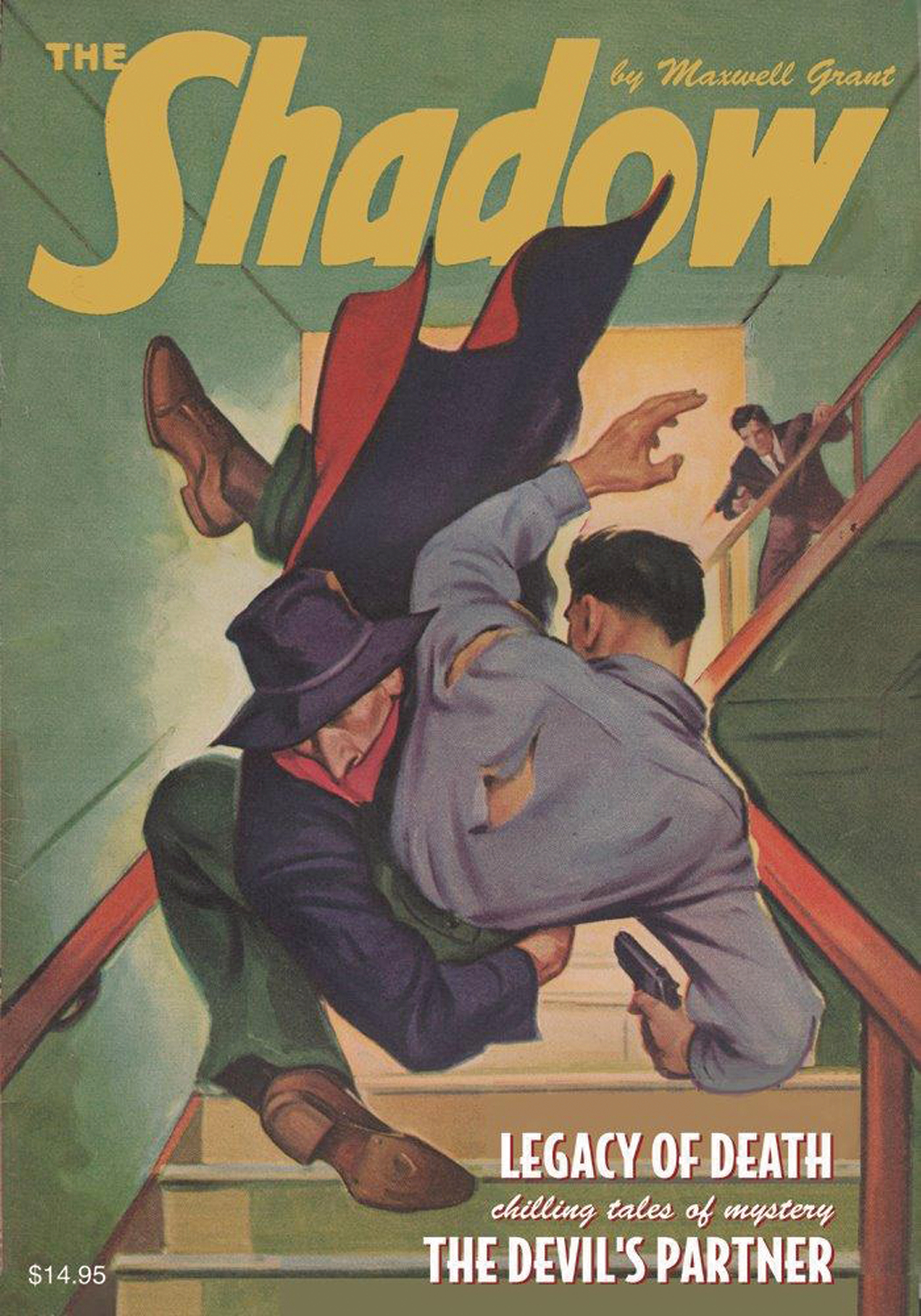 OCT162199
(W) Maxwell Grant, Walter B. Gibson, Will Murray, Ted Tinsley (A) Paul Orban (CA) George Rozen, Charles De Feo
The Knight of Darkness and his cabby aide crush crime in classic pulp novels by Walter B. Gibson and Theodore Tinsley. First, when old Landis Framingham dies, his multimillion dollar estate becomes a "Legacy of Death" to his heirs! Then, The Shadow, Margo Lane and Shrevvy investigate a young man who has followed in his father's footsteps, first as a psychoanalyst and then as "The Devil's Partner." Plus, a classic Shadow thriller from the Golden Age of Radio!
In Shops: Jan 04, 2017
SRP: $14.95
View All Items In This Series
ORDER SUBSCRIBE WISH LIST