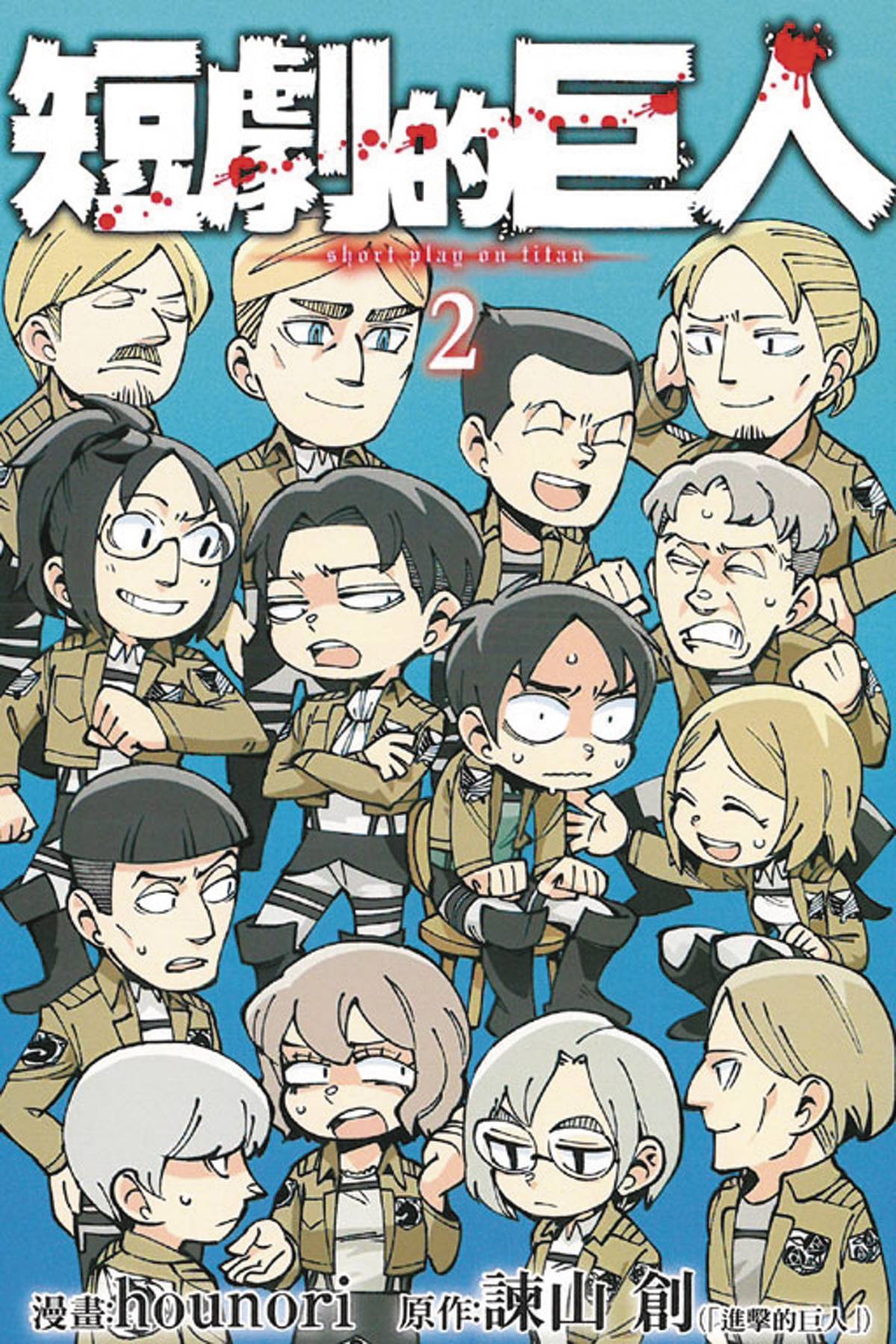 #
OCT161685
(W) Hounori (A) Hounori
A spin-off series to the number one bestseller, full of hilarious gags and cute character art! This hilarious four-panel (newspaper-style) comics based on the popular Atack on Titan is set in the world of Attack on Titan, but with cutesy versions of the characters.
In Shops: Dec 14, 2016
SRP: $8.99
ORDER WISH LIST