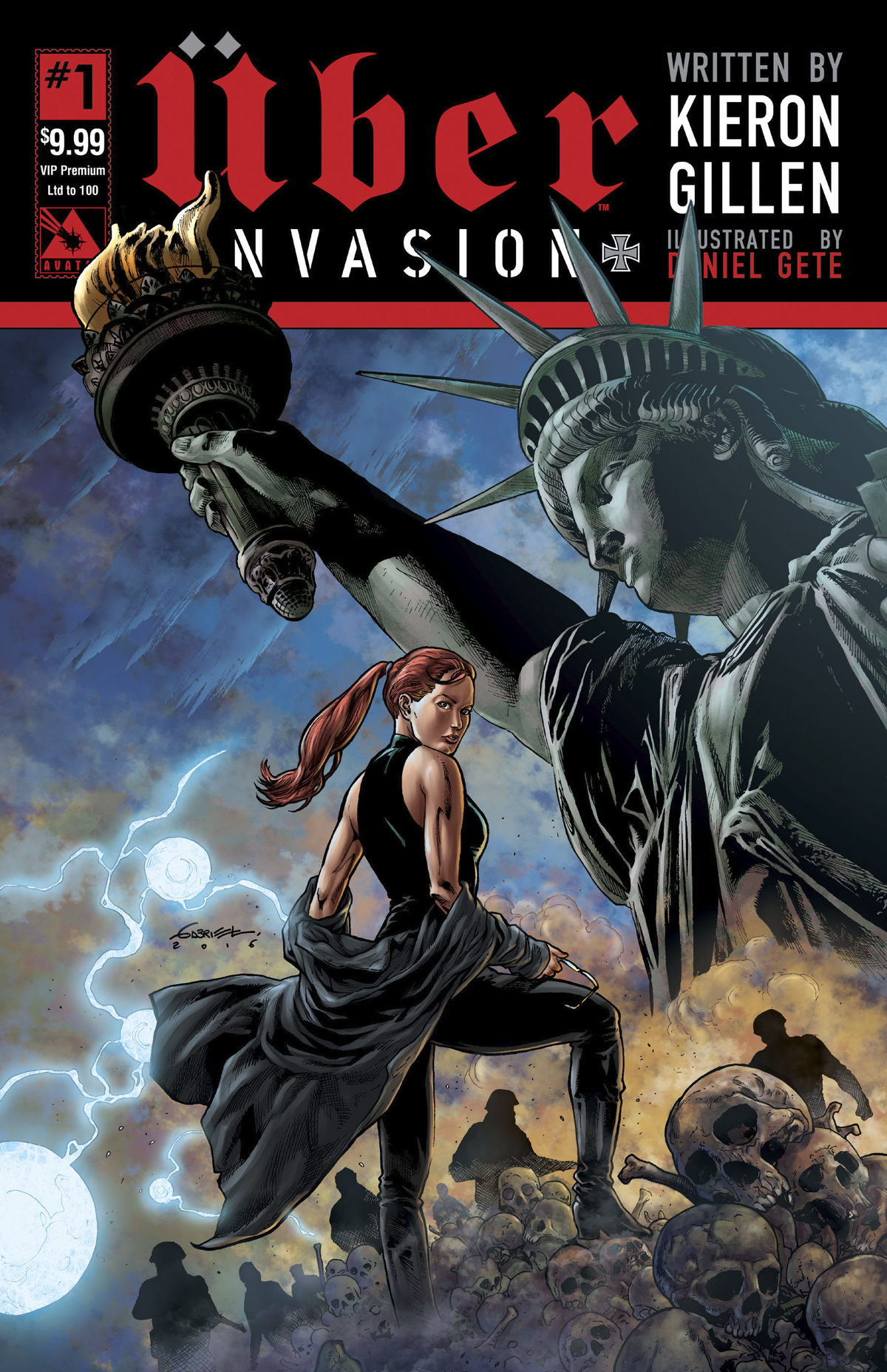 OCT161240
(W) Kieron Gillen (A) Daniel Gete (CA) Gabriel Andrade
Kieron Gillen's reimagining of superpowers and history is back with America under attack!  In the waning days of World War II, the Germans discovered a way to enhance soldiers into unstoppable monsters.  With these weapons Hitler conquered all of Europe and now has set his sights on the United States.  This is Uber: Invasion!  The German battleships are on American soil and with the allies struggling to make up lost ground in Enhanced Soldier development; the young country is facing the possibility of annihilation!  Available with Regular, Wraparound, War Crimes, and Blitzkrieg covers by series artist Daniel Gete, a painted Propaganda Poster cover, and a limited VIP Premium cover by Gabriel Andrade that is limited to 500 copies!
In Shops: Dec 07, 2016
SRP: $9.99
View All Items In This Series