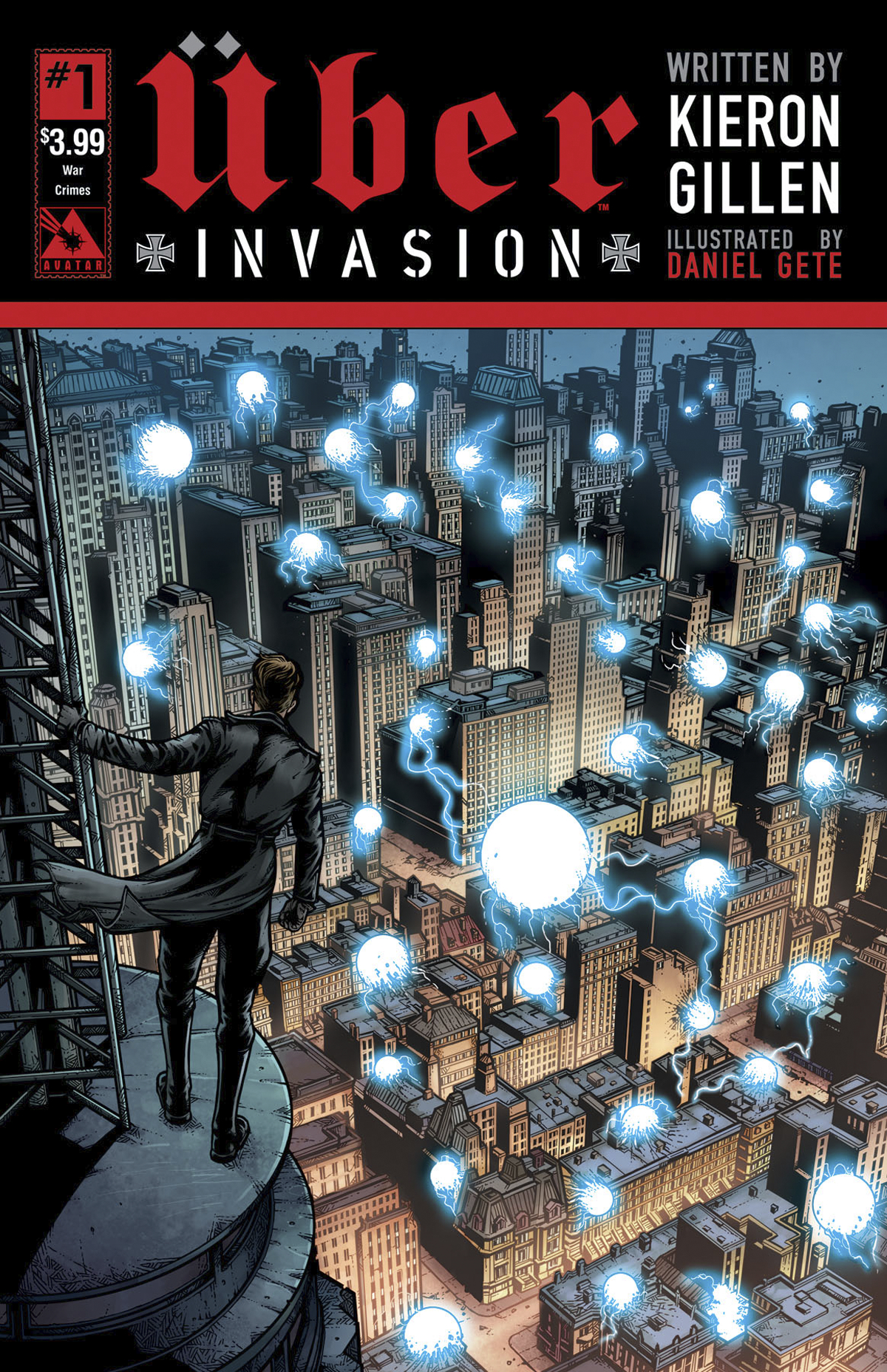 OCT161236
(W) Kieron Gillen (A/CA) Daniel Gete
Kieron Gillen's reimagining of superpowers and history is back with America under attack!  In the waning days of World War II, the Germans discovered a way to enhance soldiers into unstoppable monsters.  With these weapons Hitler conquered all of Europe and now has set his sights on the United States.  This is Uber: Invasion!  The German battleships are on American soil and with the allies struggling to make up lost ground in Enhanced Soldier development; the young country is facing the possibility of annihilation!  Available with Regular, Wraparound, War Crimes, and Blitzkrieg covers by series artist Daniel Gete, a painted Propaganda Poster cover, and a limited VIP Premium cover by Gabriel Andrade that is limited to 500 copies!
In Shops: Dec 07, 2016
SRP: $3.99
View All Items In This Series
ORDER WISH LIST