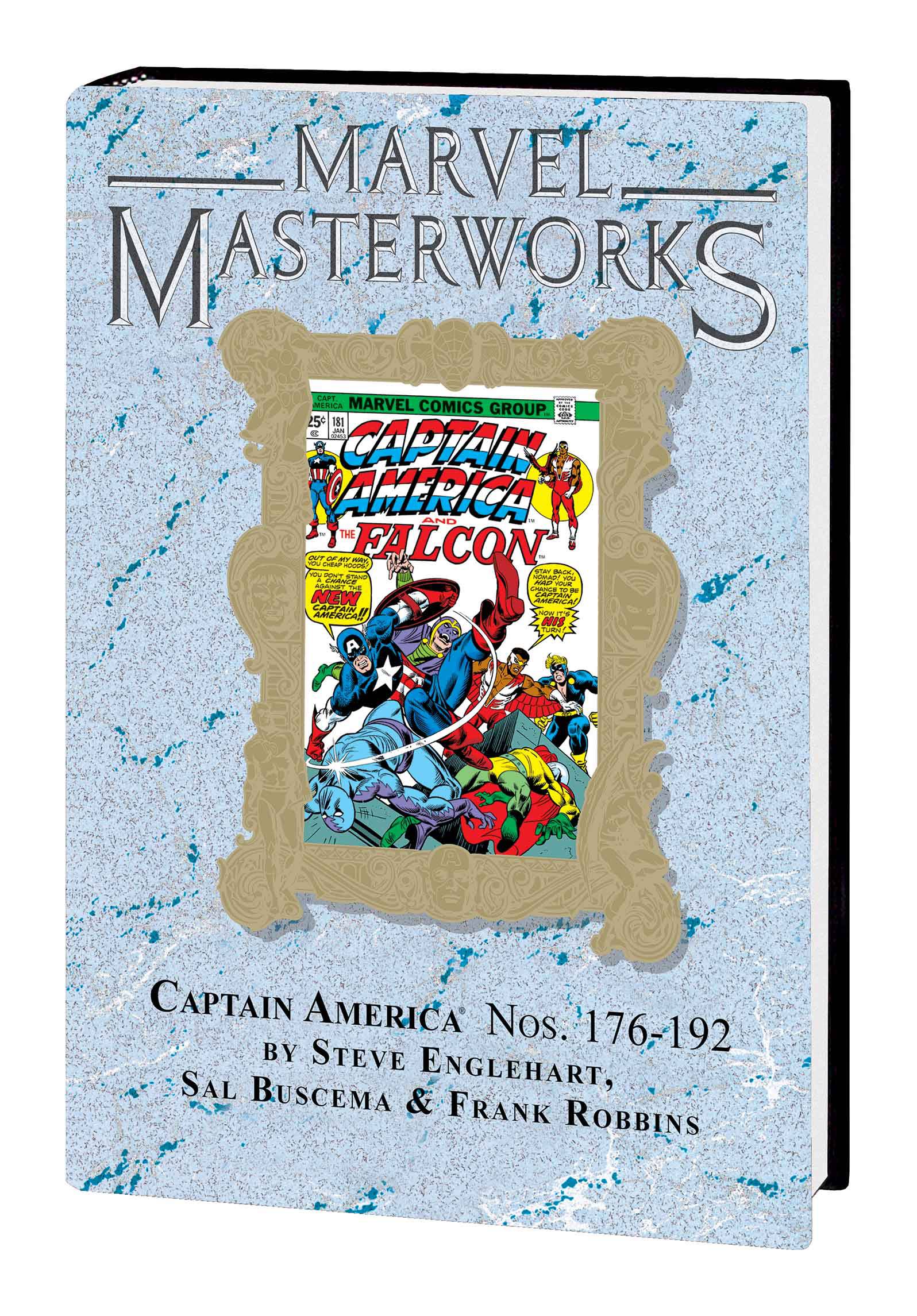 #
OCT161002
(W) Various (A) Various (CA) Gil Kane
Englehart, Buscema and Robbins bring you one of the most influential Captain America sagas of all time in the latest Marvel Masterworks! Disillusioned by government corruption and shaken by the revelations behind the Secret Empire, Steve Rogers renounces his role as Captain America! As the Falcon fights on, Rogers wrestles with his place in the world - and becomes Nomad, a man without a country! In his new identity, Nomad must overcome the power of Madame Hydra and the mystical Serpent Crown. And the Red Skull's return forces our hero to make a choice - with the Falcon's life hanging in the balance! Rounded out by adversaries including Nightshade, the Druid and Doctor Faustus, these are the stories that defined Captain America for a generation! Collecting CAPTAIN AMERICA (1968) #176-192.
Rated T
In Shops: Apr 12, 2017
SRP: $75.00
View All Items In This Series
ORDER SUBSCRIBE WISH LIST