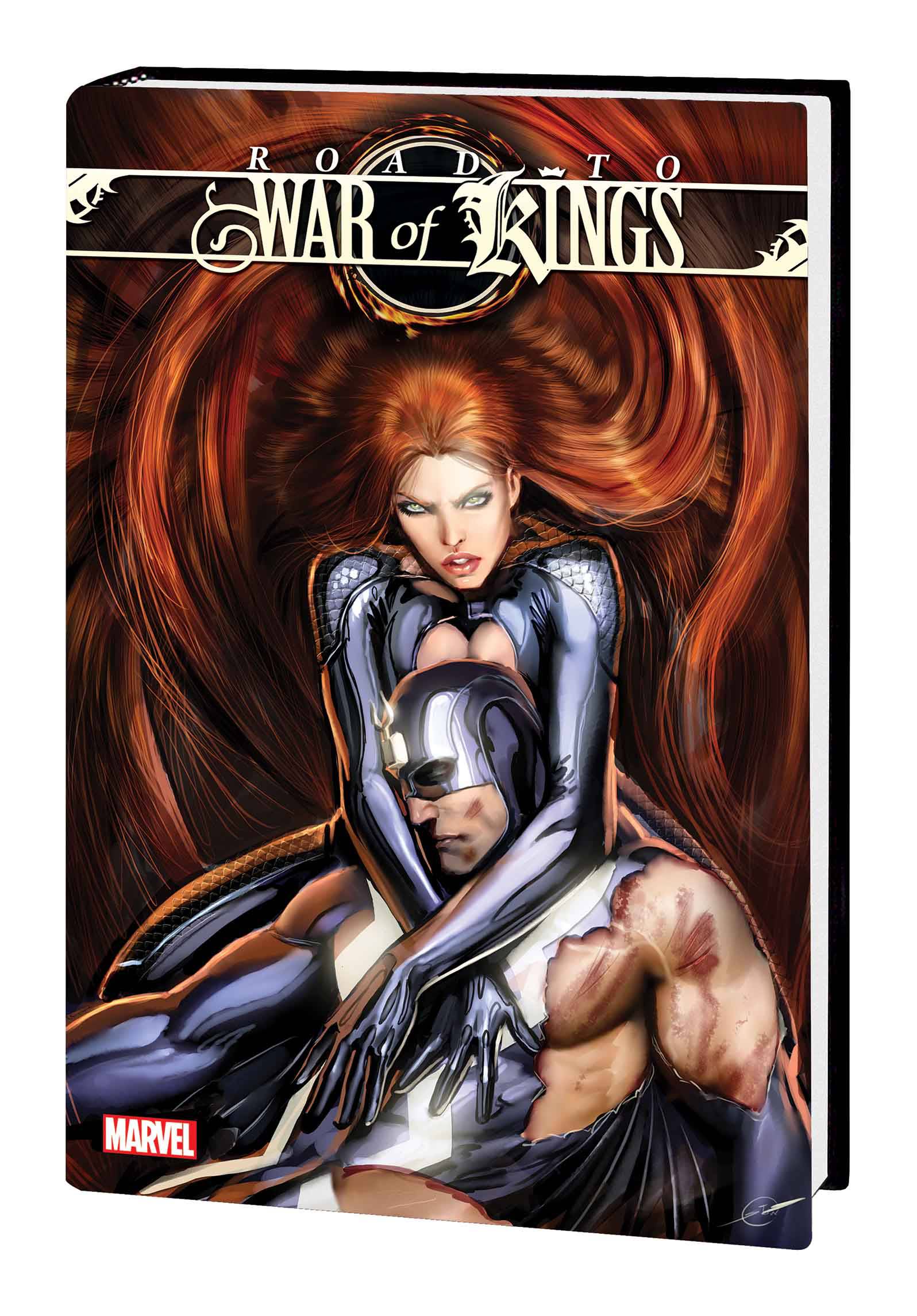 #
OCT160998
(W) Various (A) Various (CA) Stjepan Sejic
New players take their places, and old favorites assume fresh roles as the stage is set for a War of Kings! Upheaval for the Inhumans leads Black Bolt to declare war on humanity, and the Skrulls' Secret Invasion puts them on course for the stars! Mutantkind is rocked by a third Summers brother, Vulcan, whose deadly destiny also lies in space! After a devastating war, Star-Lord assembles a group of misfits to serve as the Guardians of the Galaxy! And if Richard Rider can survive Galactus and the Super-Skrull, he may yet see the return of the Nova Corps! Cosmic war is brewing! Collecting SON OF M #1-6, X-MEN: DEADLY GENESIS #1-6, SILENT WAR #1-6, SECRET INVASION: INHUMANS #1-4, GUARDIANS OF THE GALAXY (2008) #1-12, NOVA (2007) #13-22, NOVA: THE ORIGIN OF RICHARD RIDER and WAR OF KINGS SAGA.
Rated T+
In Shops: Apr 05, 2017
SRP: $125.00
ORDER WISH LIST