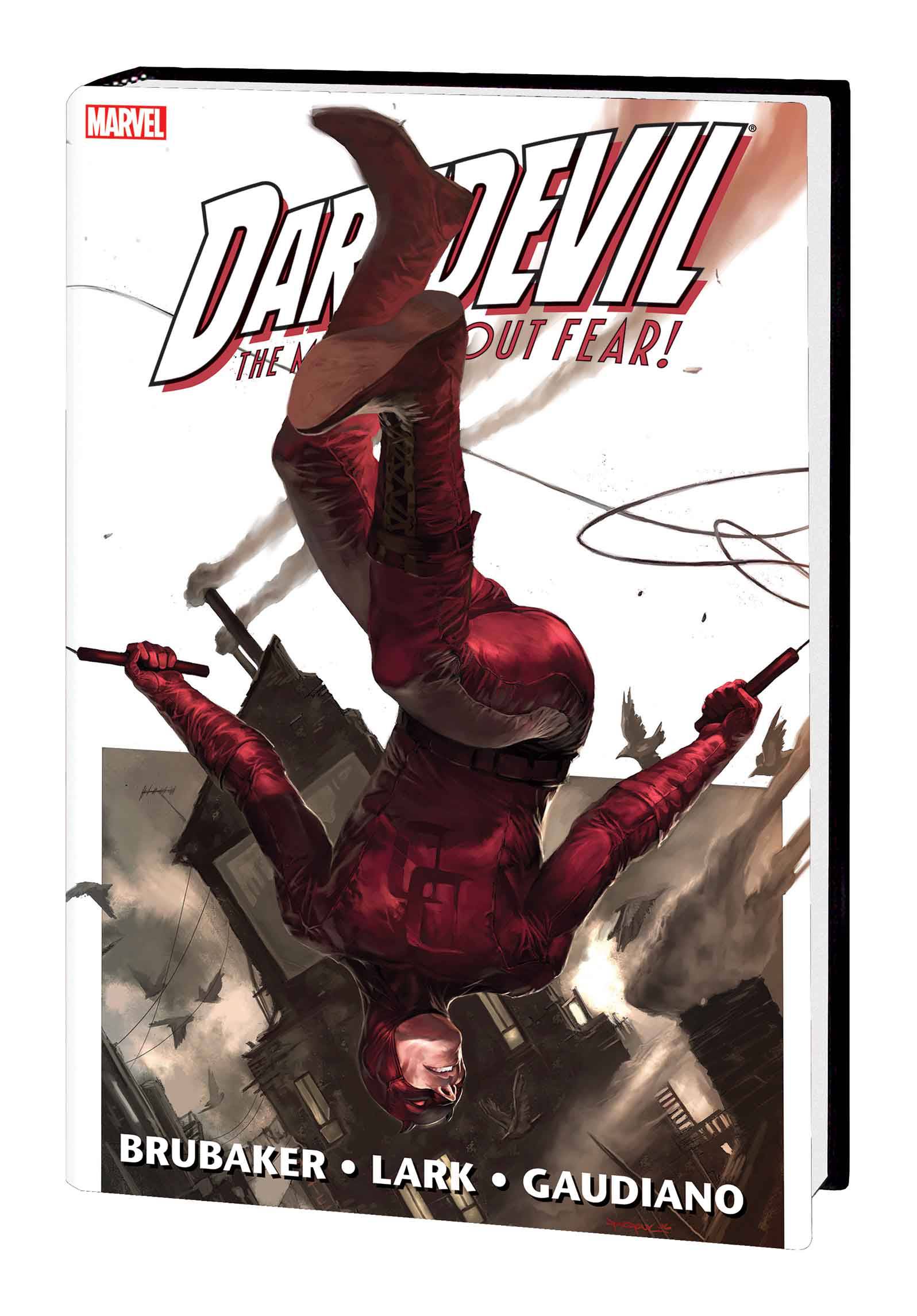 #
OCT160997
(W) Ed Brubaker (A) Michael Lark, Various (CA) Marko Djurdjevic
Longtime fans will not be disappointed as the critically acclaimed award-winning creative team of Ed Brubaker and Michael Lark leave their mark on one of comics' most enduring legends! For the past few years, Matt Murdock's life has been teetering on the edge of destruction. Now, pushed beyond the limit, he finds himself behind the eight ball with no clear way out, the people he calls friends slowly deserting him, and Hell's Kitchen gradually slipping out of control. The question is, when his back is against the wall, how far will Daredevil go to get back what's his? And if you think Matt's life is going to start getting simpler after that, think again! As he tries to find a way to move forward, a threat from his past begins to creep toward daylight. Collecting DAREDEVIL (1998) #82-105.
Rated T+
In Shops: Apr 05, 2017
SRP: $100.00
View All Items In This Series
ORDER WISH LIST