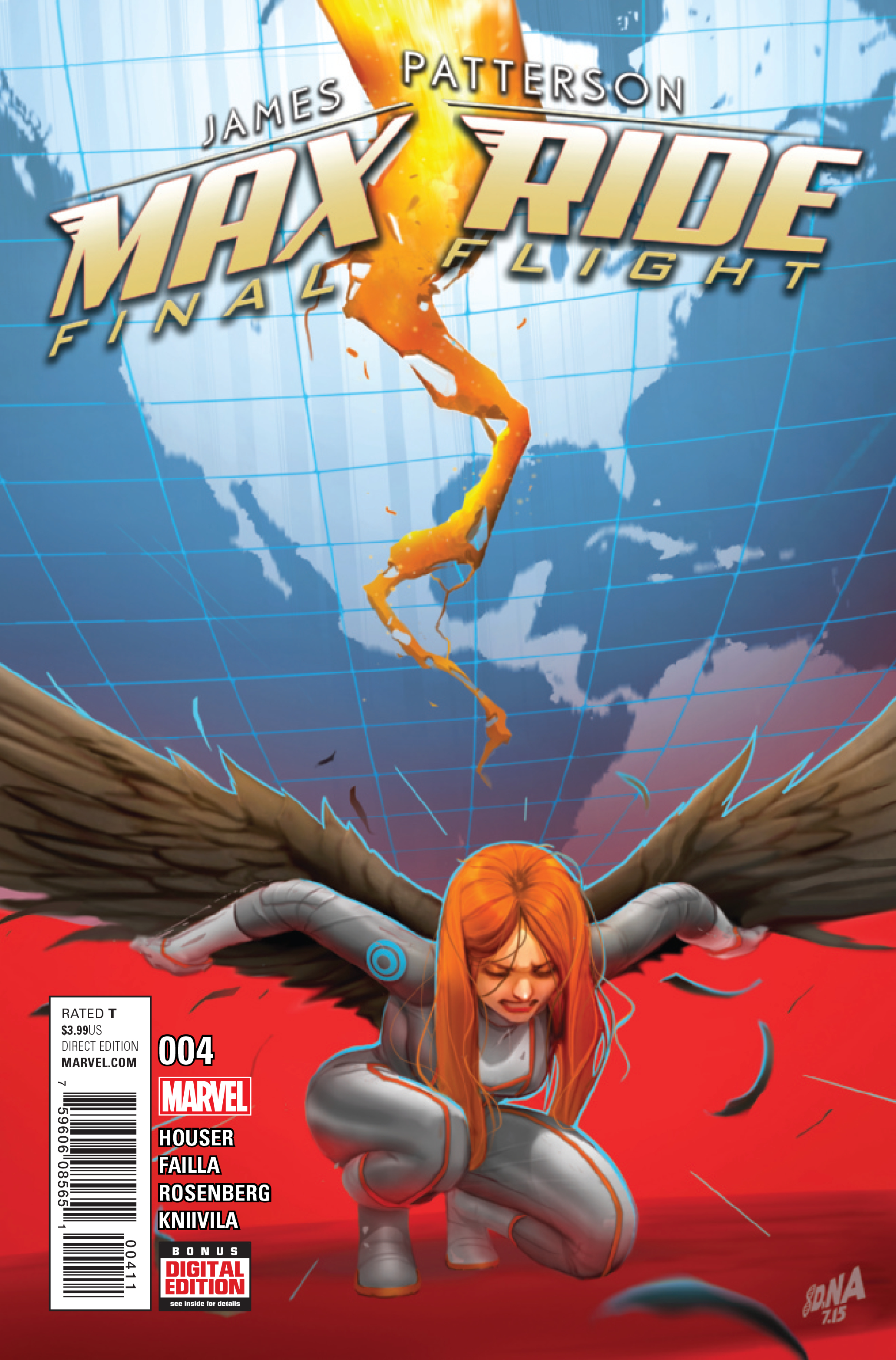 OCT160970
(W) Jody Houser (A) Marco Failla (CA) David Nakayama
JAMES PATTERSON'S HIT SERIES SOARS WITH A REVEAL THAT RENDS MAX'S WORLD ASUNDER!
•  MAX RIDE is reeling from last issue's shocker-but will she let this revelation shatter her world for good?
•  And with the fate of the Earth at stake, can the Flock band together to prevent the launch of Itex's BY-HALF PLAN?
•  Or are they truly as obsolete as the DIRECTOR claims?
•  Plus: the mystery of the Voice in Max's head is finally revealed!  Don't miss it!
Rated T
In Shops: Dec 28, 2016
SRP: $3.99
View All Items In This Series