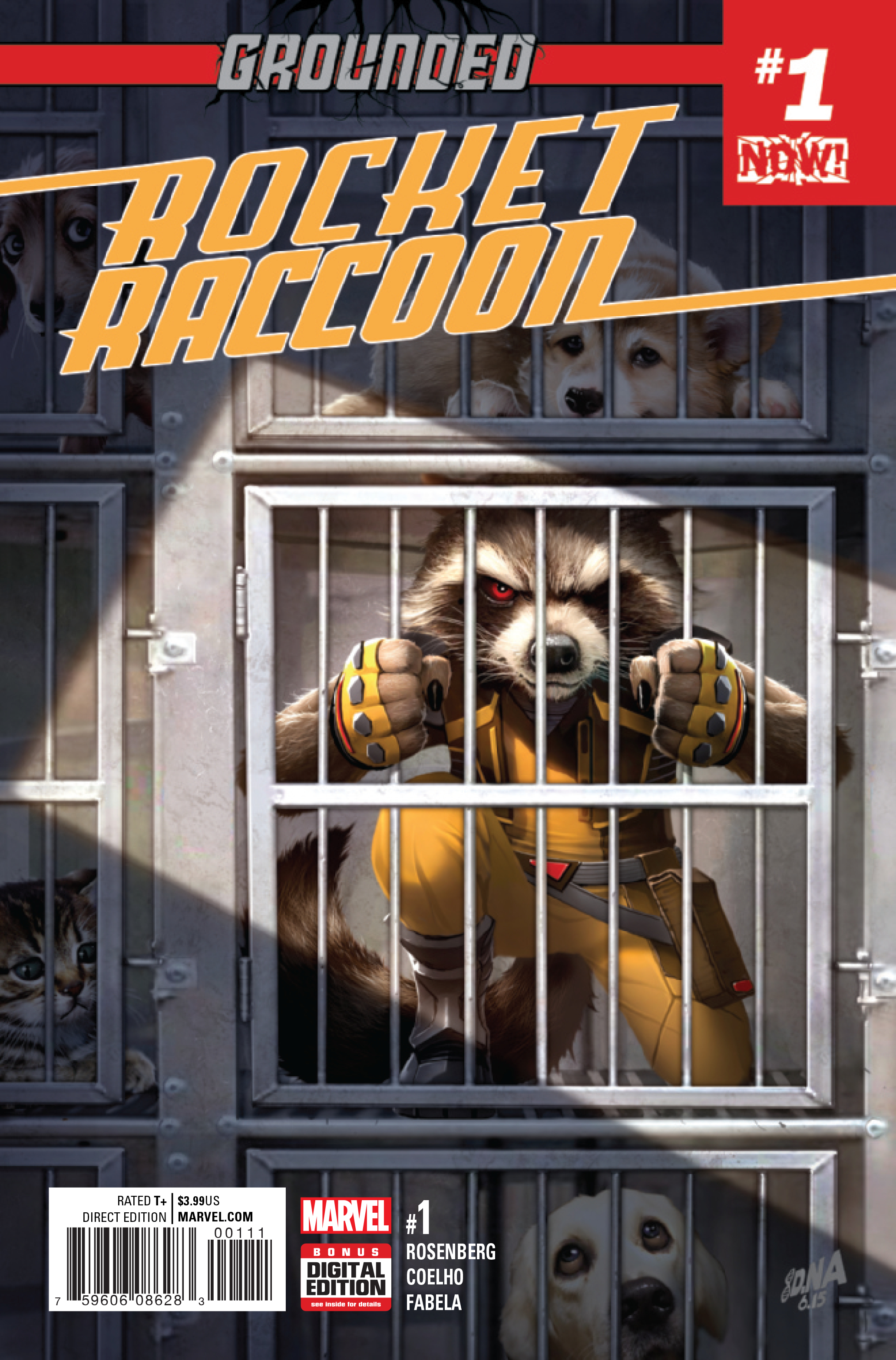 OCT160824
(W) Matthew Rosenberg (A) Jorge Coehlo (CA) David Nakayama
GROUNDED!
From the pages of Guardians of the Galaxy, Rocket has found himself stuck in the LAST place he wants to be-the backwards, no-class, pit of a planet called Earth. It's where those dumb furry things people say he looks like are from! One thing is clear-it doesn't matter who or what gets in his way...he's gotta get off this mudball, NOW. Easier said than done.
Rated T+
In Shops: Dec 28, 2016
SRP: $3.99
View All Items In This Series