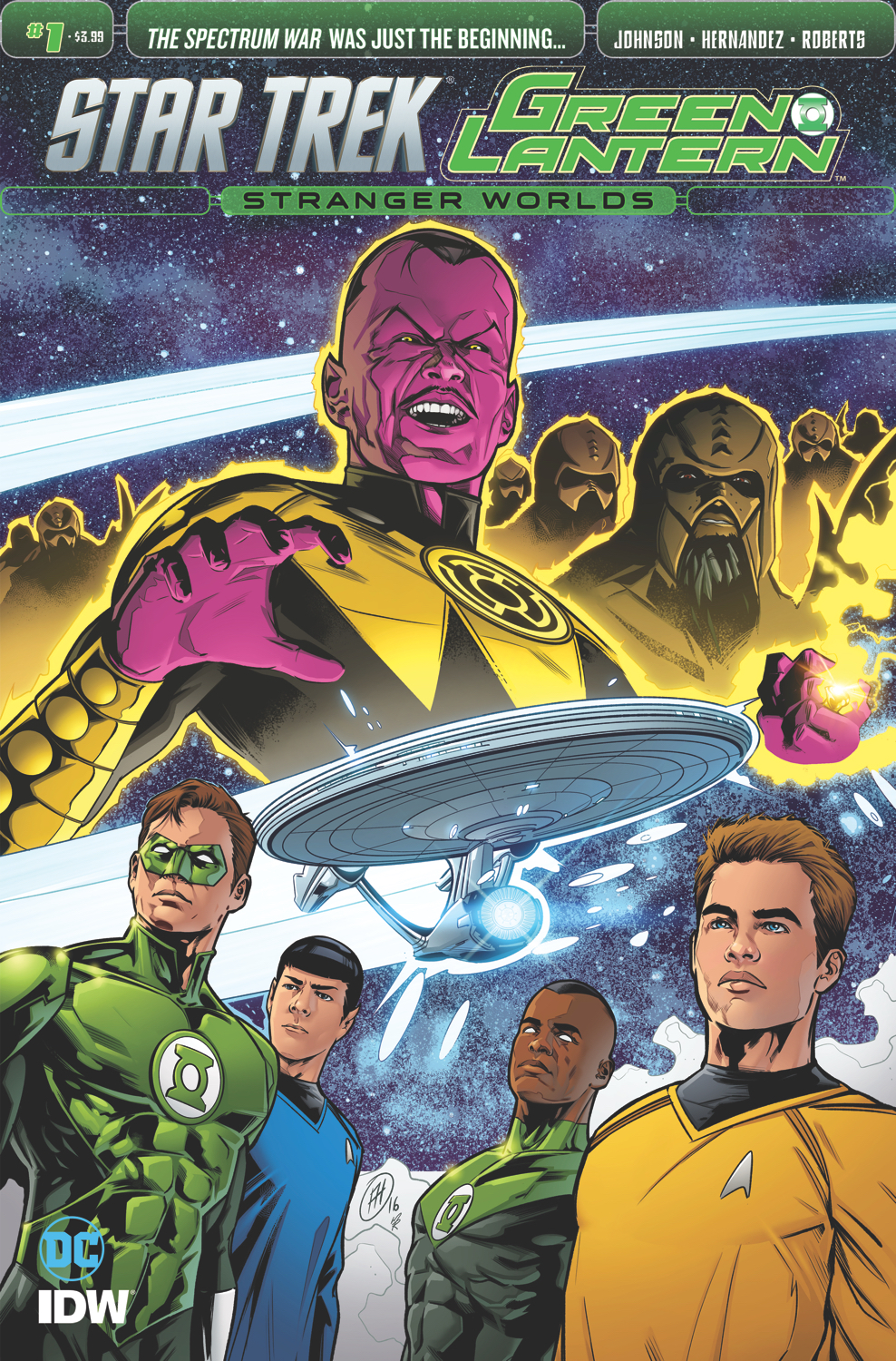 OCT160376
(W) Mike Johnson (A/CA) Angel Hernandez
The galaxy-spanning crossover epic continues in this sequel to the blockbuster STAR TREK/GREEN LANTERN: THE SPECTRUM WAR! Captain Kirk and Hal Jordan lead the combined might of Starfleet and the Lantern Corps on an all-new adventure against new foes from both franchises! Don't miss the crossover event of the 21st Century...and the 23rd!
•   Following the blockbuster success of last year's Star Trek/Green Lantern, DC Entertainment and IDW once again bring you the best team-up in the galaxy!
In Shops: Dec 21, 2016
SRP: $3.99
View All Items In This Series