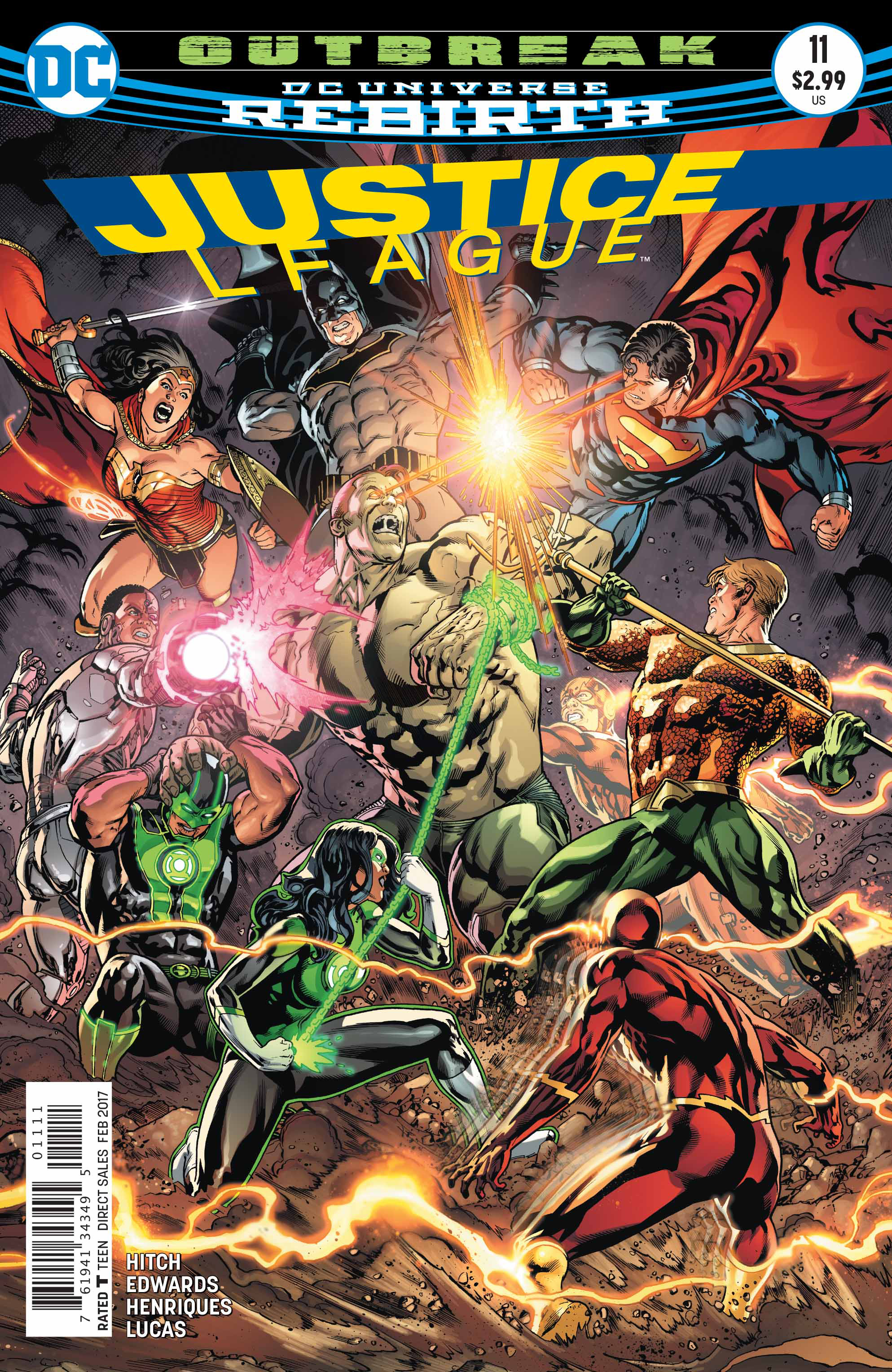 OCT160215
(W) Bryan Hitch (A) Neil Edwards, Daniel Henriques (CA) Fernando Pasarin, Matt Ryan
"OUTBREAK" conclusion! Beaten, battered and outnumbered, the Justice League faces utter annihilation when Amazo and a host of the team's deadliest enemies are released from prisons around the world as part of one man's revenge against the world's greatest superheroes.
In Shops: Dec 21, 2016
SRP: $2.99
View All Items In This Series