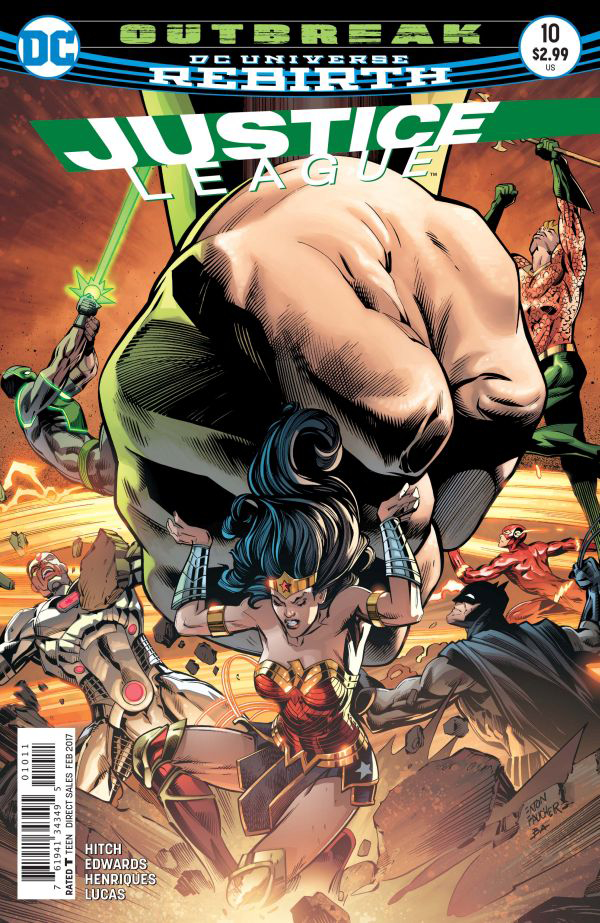 OCT160213
(W) Bryan Hitch (A) Neil Edwards, Daniel Henriques (CA) Scot Eaton, Wayne Faucher
"OUTBREAK" part three! The identity of the Justice League's mysterious new villain is revealed as the League uncovers a shocking connection to the Kindred invasion. This mysterious new foe ups the ante by releasing dozens of the team's enemies from prisons around the world!
In Shops: Dec 07, 2016
SRP: $2.99
View All Items In This Series