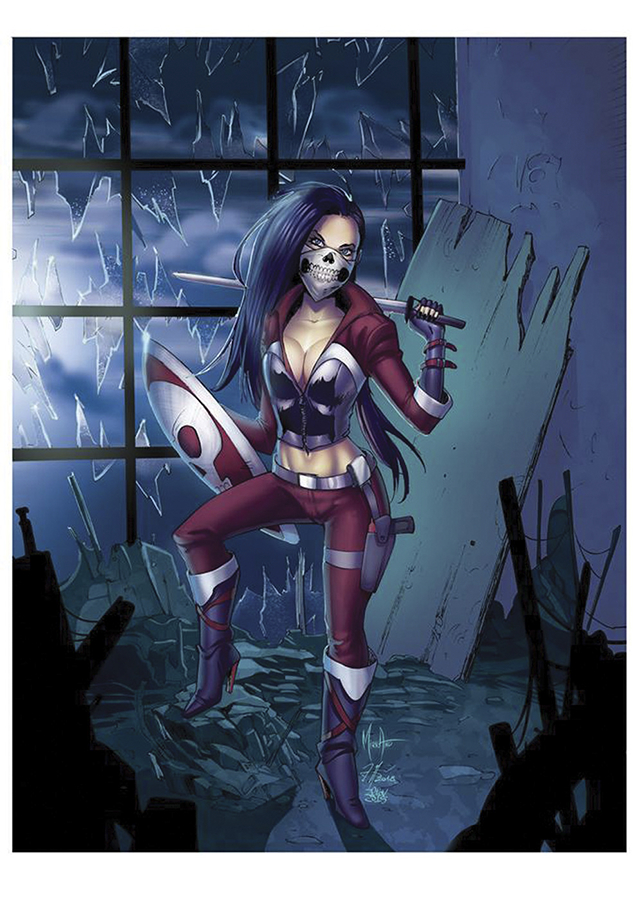 OCT151858
(W) Pat Shand (A) Manuel Preitano (CA) Mirka Andolfo
RED DEATH
Robyn and Marian are on the run from the Cabal, but they are given a reprieve when Liesel Van Helsing offers asylum. However, when Brendan A. Allen II, the Cabal leader's son, shows up at her doorstep, Robyn learns the shocking truth about the people she's been fighting... and what they have been protecting the city from.
Meanwhile, a new threat has finally arrived in New York... and its name is Red Death.
In Shops: Dec 09, 2015
SRP: $3.99
View All Items In This Series
ORDER WISH LIST