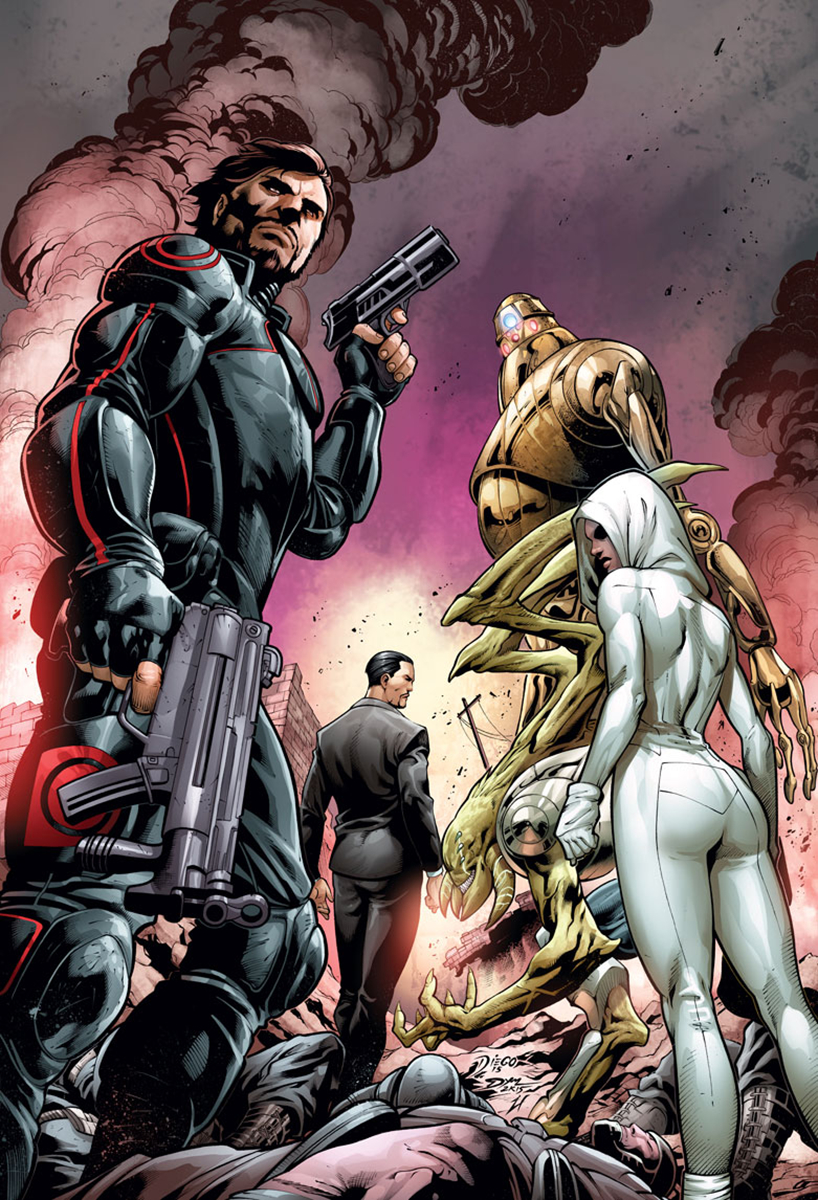 OCT151765
(W) Joshua Dysart (A) CAFU, Juan Jose Ryp (CA) Diego Bernard
"THE VINE IMPERATIVE" pushes our world to war! With his resources spread thin and his time running out, Toyo Harada must strike if his plan to save the world by force will ever succeed. After a push to take more of the African continent - deposing corrupt governments and toppling extremists - Harada's moves on the world stage were too bold to ignore. The alien agents of the Vine race, who were entrenched throughout the global power structure, have seen their opportunity to strike...and Harada now has his opportunity to break their tenuous pact of peace and take them down. But with a specialized Vine killer among his own team - the ruthless and lethal Lord Vine-99 - will Harada be able to hold tight the grip on his monster's leash...or will LV-99 turn on his master at last?
In Shops: Dec 16, 2015
SRP: $3.99
View All Items In This Series