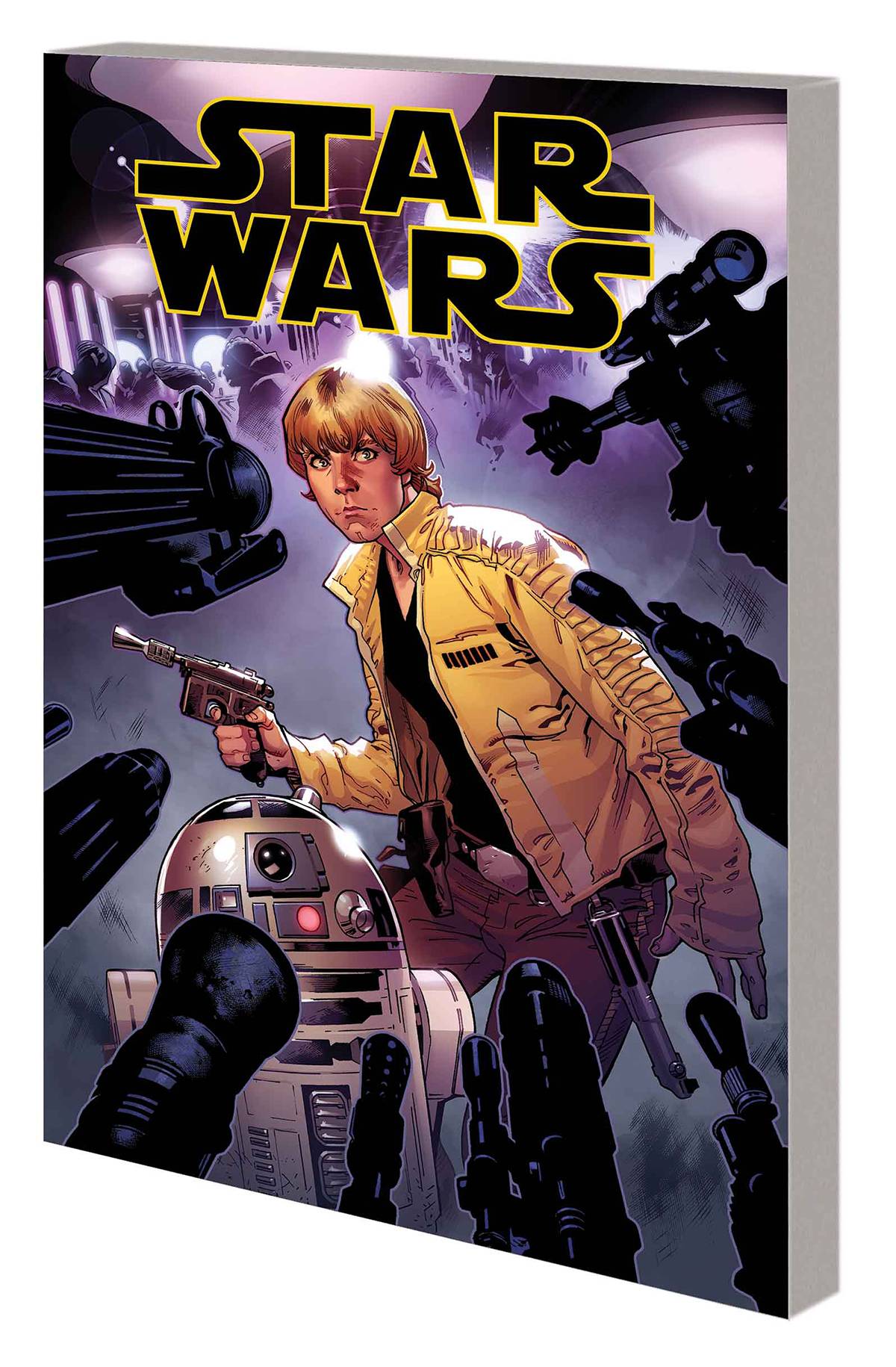 #
OCT150986
(W) Jason Aaron (A) Simone Bianchi (A/CA) Stuart Immonen
Luke continues his quest to learn about the Jedi by heading for the Jedi Temple on Coruscant. But when his lightsaber is stolen, he soon finds himself entrapped and imprisoned! Will his friends come to his aid before he's forced to enter the Arena of Death? Meanwhile, Han and Leia are confronted by an unexpected foe. The Imperials are closing in on them, and they were set on the rebels' trail by a mysterious woman from Han's past - one with a very personal grudge! As Chewbacca is unleashed, Han finds himself dealing with...a ball and chain?! You've got to read it to believe it! Plus: Injustice reigns on Tatooine as villainous scum run rampant. Will Ben Kenobi risk revealing himself to do what's right? It's a special tale from Obi-Wan's past! Collecting STAR WARS (2015) #7-12.
Rated T
In Shops: Jan 13, 2016
SRP: $19.99
View All Items In This Series
ORDER SUBSCRIBE WISH LIST