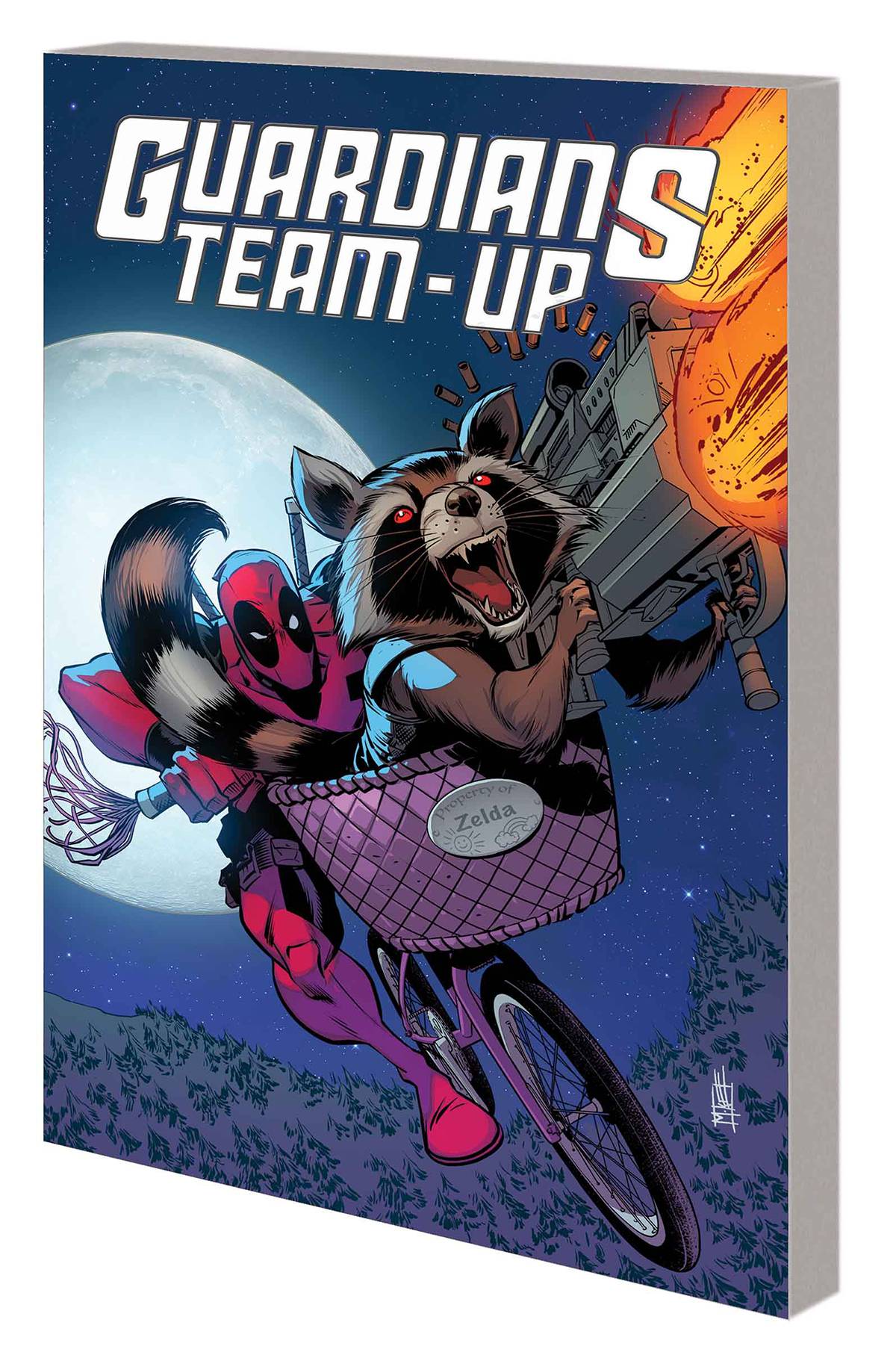 #
OCT150980
(W) Various (A) Various (CA) Mike Norton
The Guardians continue their charm offensive across the Marvel Universe! Nightcrawler and Gamora lock swords in an interplanetary blade-fighting competition - but does the swashbuckling X-Man have a prayer of beating the deadliest woman in the galaxy? When a murderous alien heads to Miami, Drax and Ant-Man form the ultimate "buddy cop" pairing! The fates of a million souls are in the hands of the Silver Surfer and Groot - but what mysterious prize do they both seek? Star-Lord and Spider-Man trade quips when one of them steals the most dangerous weapon in the universe (and it's not who you're thinking). And when Deadpool faces Rocket Raccoon, fur - and bullets - will fly! Plus: Speaking of Deadpool, what happens when Wade Wilson becomes the Herald of Galactus?! Collecting GUARDIANS TEAM-UP #6-10 and DEADPOOL TEAM-UP #883.
Rated T+
In Shops: Jan 13, 2016
SRP: $16.99
View All Items In This Series