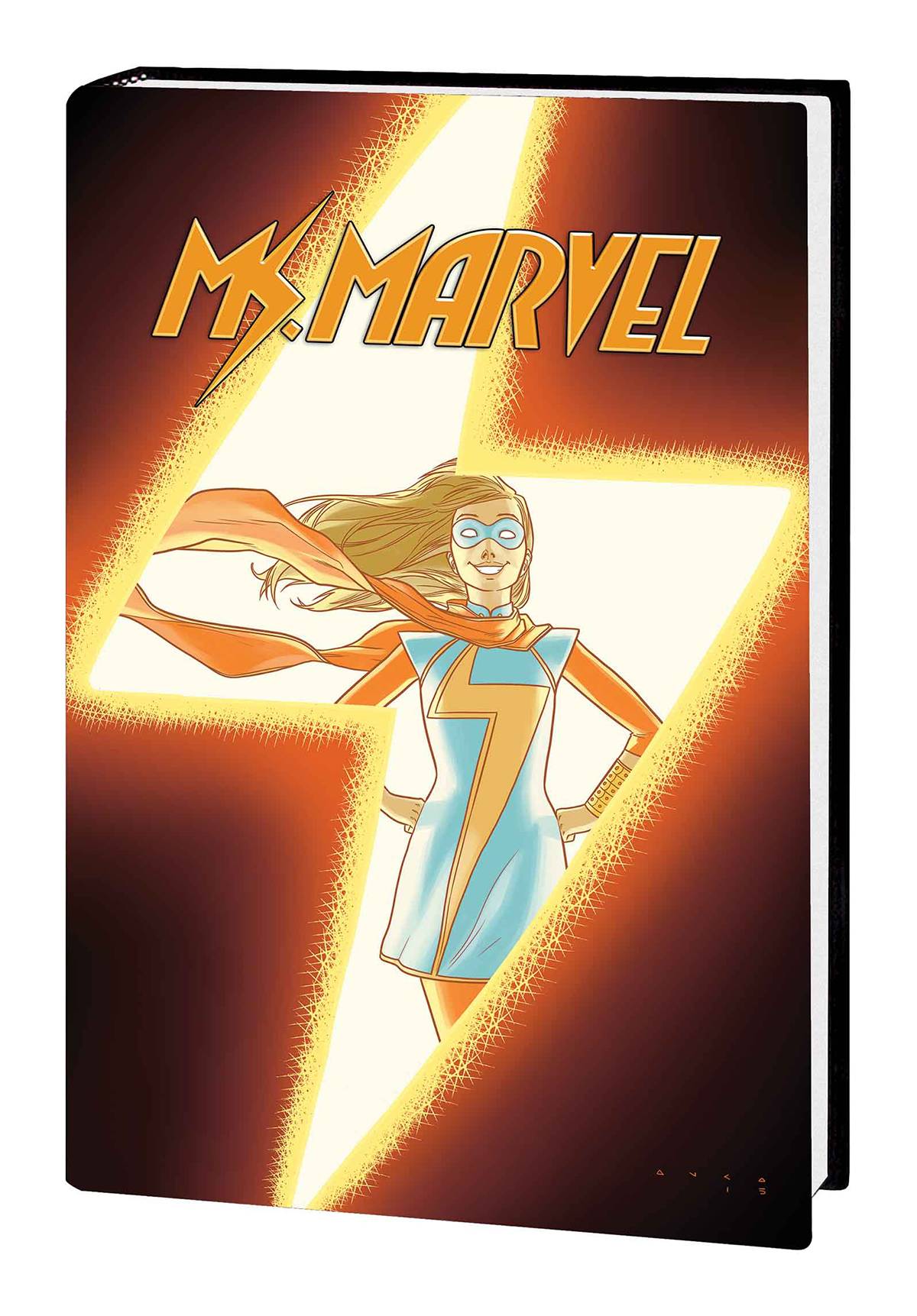 #
OCT150966
(W) Various (A) Various (CA) Kris Anka
Kamala Khan may not be allowed to go to the school Valentine's Day dance, but Ms. Marvel will crash it - in an attempt to capture Asgard's most annoying trickster, Loki! And when a mysterious, and really cute, family friend comes to town, Ms. Marvel must deal with...a crush! Then, it's the moment you demanded as Ms. Marvel meets her idol: Carol Danvers and Kamala Khan battle side-by-side! The Marvel Universe's last days have arrived, but Ms. Marvel has no time for silly things like Armageddon - she's got to rescue her brother and keep her city from falling into chaos. When the world is about to end, do you still keep fighting? Kamala knows the answer. Let's do this, Jersey City. Collecting MS. MARVEL (2014) #12-19, S.H.I.E.L.D. (2014) #2 and material from AMAZING SPIDER-MAN (2014) #7-8.
Rated T+
In Shops: Apr 06, 2016
SRP: $34.99
View All Items In This Series
ORDER SUBSCRIBE WISH LIST