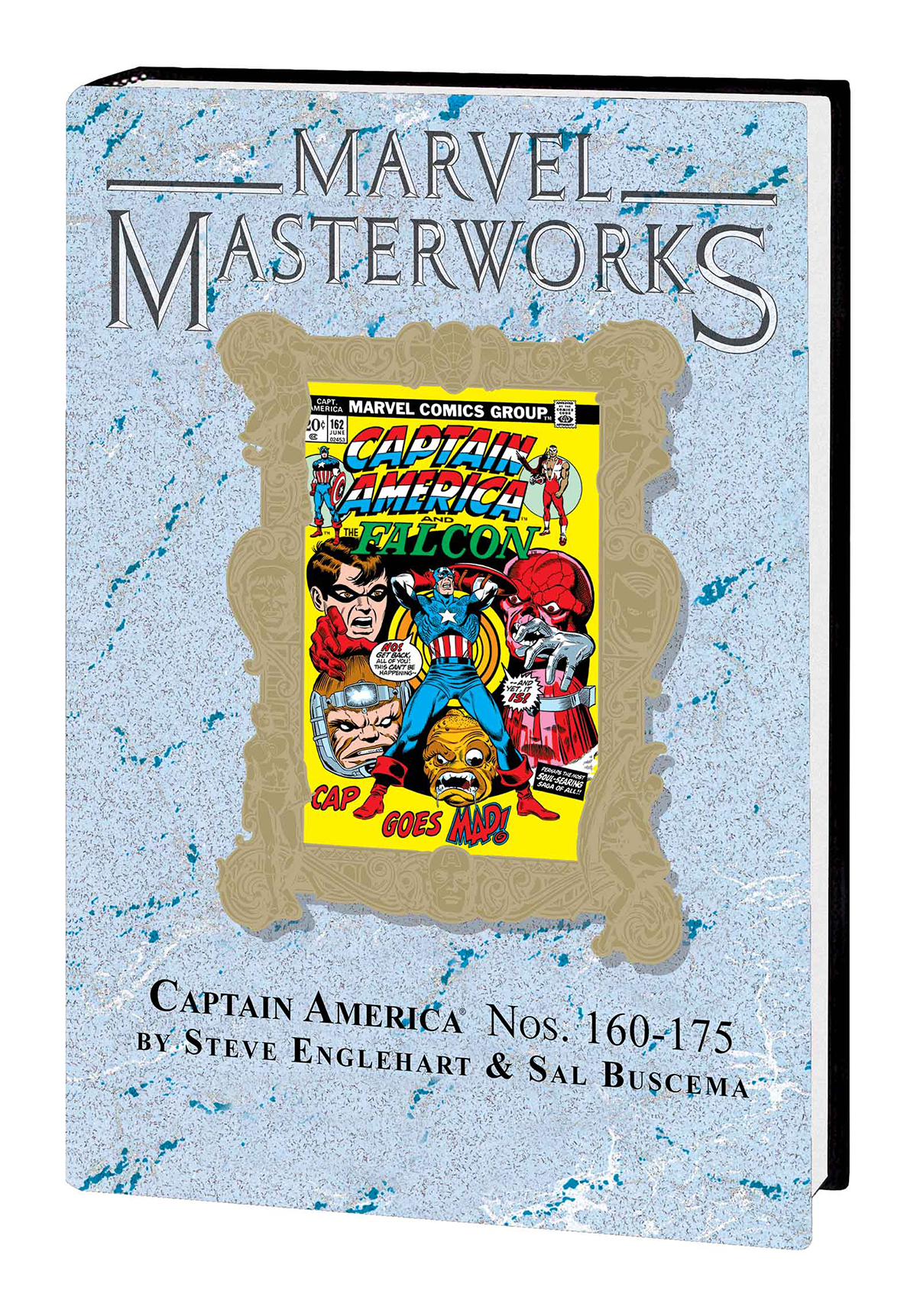 OCT150965
(W) Various (A) Sal Buscema, Alan Weiss (CA) Jim Starlin
Steve Englehart and Sal Buscema take Captain America and the Falcon on a journey through the madness and machinations of Doctor Faustus! The mind-bending Doctor has captured Agent 13 - but little does Cap know that Faustus also has Peggy Carter, Cap's long-lost love from World War II! Then, Nick Fury and S.H.I.E.L.D. arrive on the scene to conscript Cap into the fight against the Yellow Claw, but the real menace to mankind is more subtly concealed. A Secret Empire moves behind the face of American power. Their goal is to frame and discredit Captain America, and replace him with their own "patriotic" icon. Now, only the combined efforts of Cap, the Falcon, S.H.I.E.L.D. and the X-Men can hope to topple them! It's the shocking saga that defined Captain America for the '70s! Collecting CAPTAIN AMERICA (1968) #160-175.
Rated T
In Shops: Apr 13, 2016
SRP: $75.00
View All Items In This Series
ORDER SUBSCRIBE WISH LIST