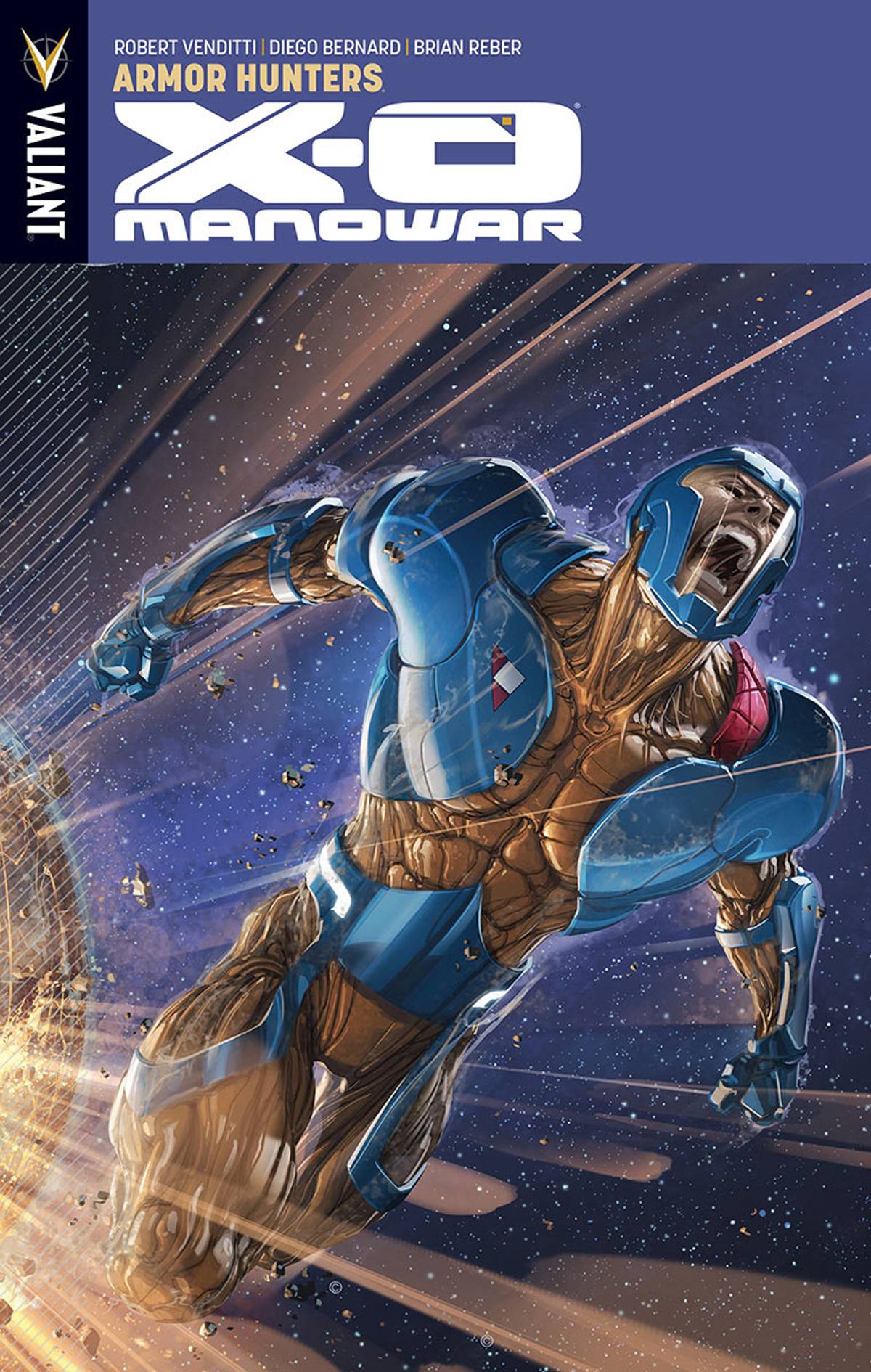 The Armor Hunters are the most dangerous fi ghters in the galaxy - unparalleled in their abilities to catch and destroy their prey. Their mission has been long and unforgiving and featured the destruction of many X-O Manowar armors from across the civilized universe. Now, for the first time, discover the brutal origin of the alien Armor Hunters and the devastation they long ago vowed to
combat.

Before the Armor Hunters bring ruin to X-O Manowar and the people of Earth, join New York Times best-selling writer Robert Venditti (Green Lantern, Flash) and red-hot artist Diego Bernard (Red Lanterns) for an all-new, standalone story arc that will reveal the stunning secret behind the universe's most elite fi ghting force - who they are, where they come from, and why a terrible secret from their past now threatens our present! Collecting X-O MANOWAR #26-29.
In Shops: Dec 24, 2014
SRP: $14.99
View All Items In This Series
ORDER WISH LIST