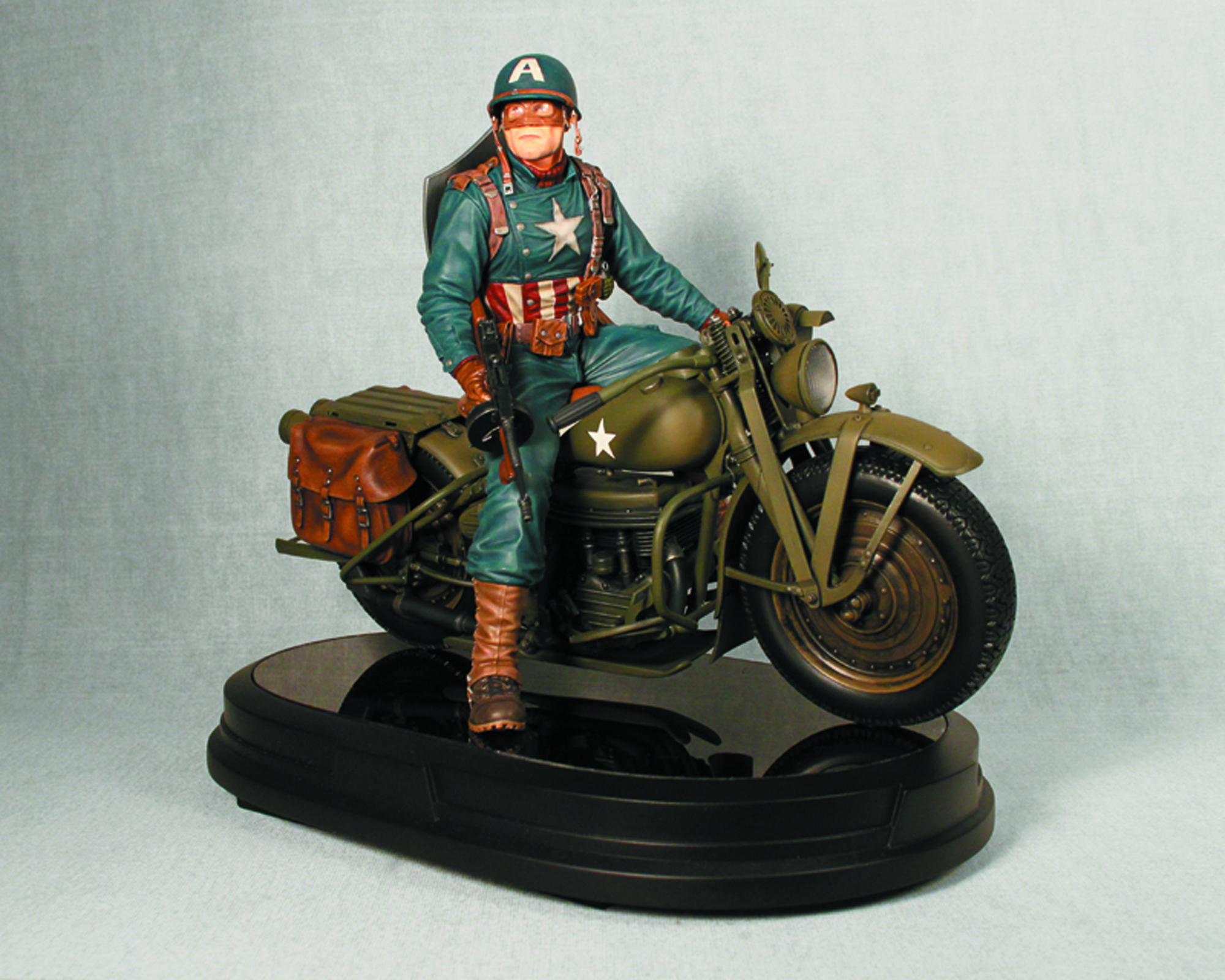 OCT131992
A Gentle Giant Sculpt! Straight out of the pages of The Ultimates comes the World War II-era Ultimate Captain America on his motorcycle! In the Ultimate Universe, Steve Rogers undergoes the Super Soldier treatment, but unlike his Earth-616 counterpart, he gains superhuman strength, speed, agility and even an enhanced healing factor! He truly is an Ultimate hero. Armed with his signature heater-shaped star-spangled shield and Tommy gun, Steve Rogers is ready to report to the front! No detail has been overlooked in the creation of this statue, from the individually crafted parts of the era-authentic army-issue motorcycle to the paint on his removable combat helmet. This statue is a centerpiece for fans of the mainstream Marvel Universe and Ultimates alike!