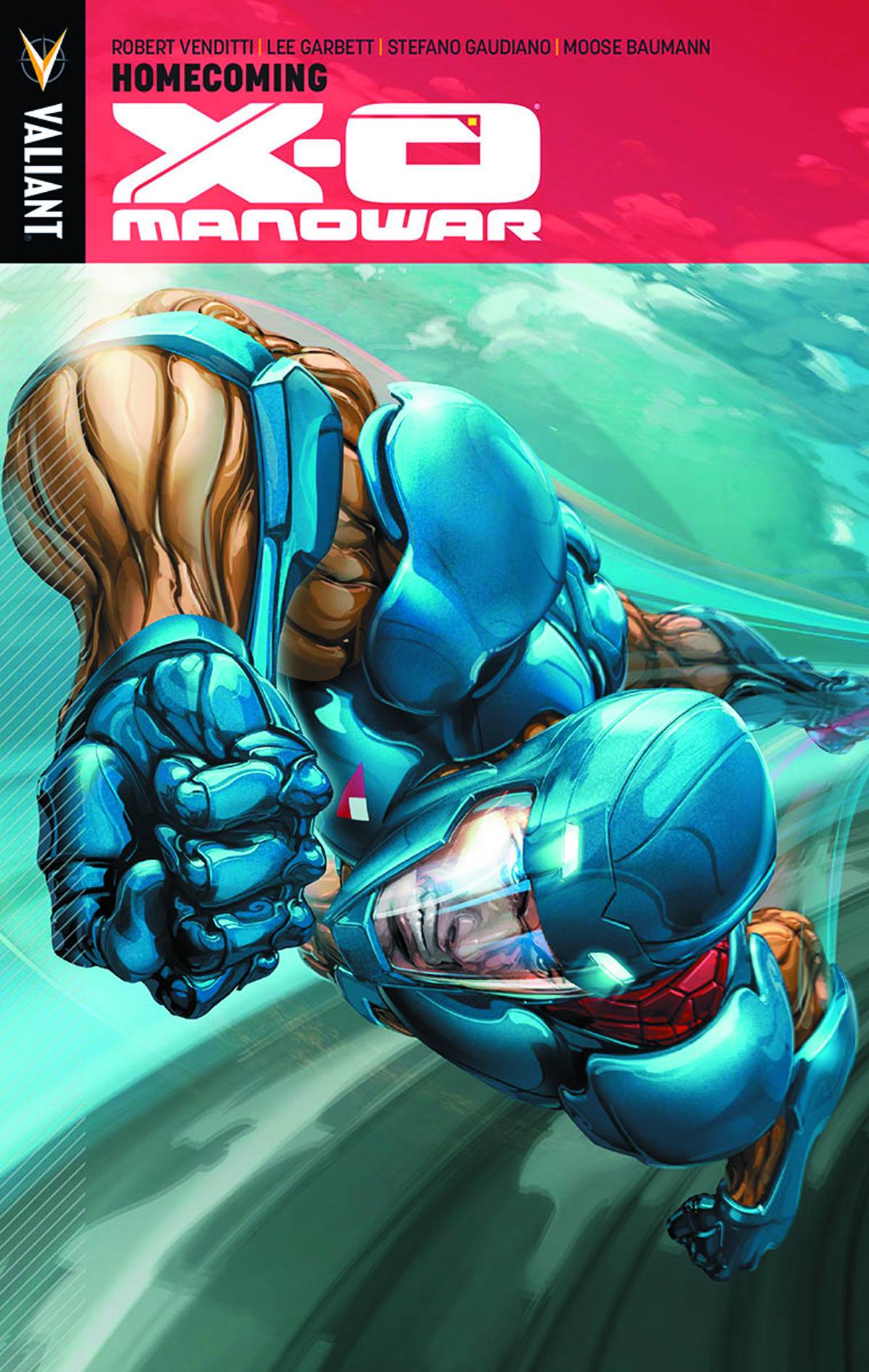 #
OCT131347
(W) Robert Venditti (A) Lee Garbett, Stefano Gaudiano (CA) Clayton Crain
To this king...a kingdom. With his nation state of Dacia fortified in eastern Romania, X-O Manowar has bent the world to his will. But he will not stand unopposed. With the assembled forces of the United Nations and NATO primed to assail the newly founded homeland of the Visigoth people, the man inside the indestructible Manowar armor is about find himself more vulnerable than ever - and with everything he holds dear on the threshold of a terrible turning point for the Valiant Universe... Collecting X-O MANOWAR #15-18 and featuring X-O Manowar's first explosive confrontation with the Eternal Warrior, start reading here as New York Times best-selling writer Robert Venditti (Green Lantern) and acclaimed artist Lee Garbett (Batman R.I.P.) launch a bold new era for the series that SuperHeroHype calls "a must read."
In Shops: Jan 01, 2014
SRP: $14.99
View All Items In This Series
ORDER WISH LIST