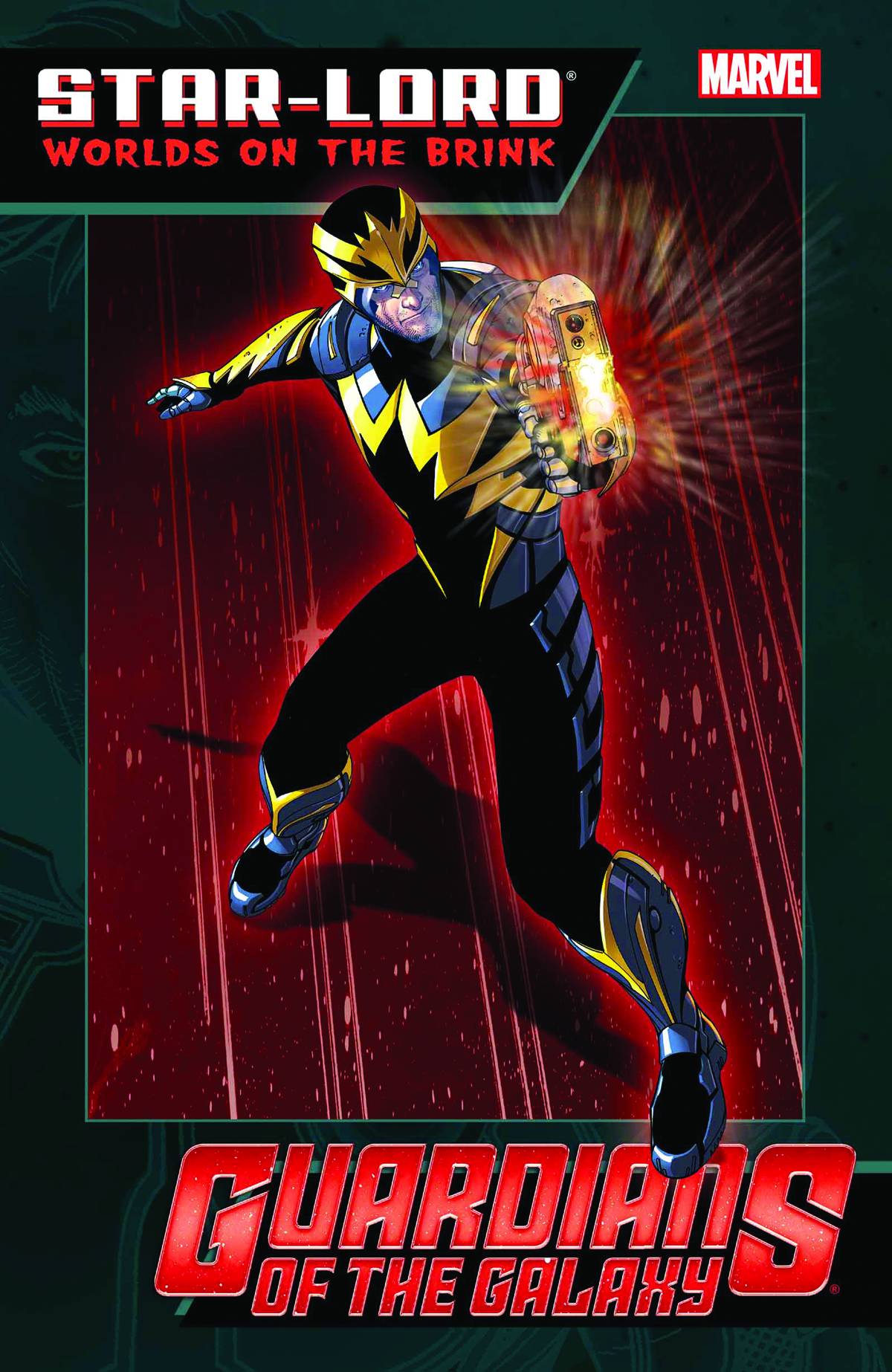 #
OCT130698
(W) Chris Claremont, Doug Moench (A) Gene Colan, Carmine Infantino (CA) Steve McNiven
• Star-Lord soars back into action in his second collection of scintillating seventies sci-fi!
•  When Star-Lord is shot down and crashes on a desert planet, "Ship" must take human form to save his life - but can the two rescue an alien god from space pirates?
•  An unimaginably powerful alien race has destroyed an innocent, inhabited world - and Star-Lord must find a way to stop them from targeting a second!
•  When Star-Lord is sucked through a wormhole onto a gigantic, centuries-old space ark, can he learn the inhabitants' true agenda before Earth is overrun?
•  Collecting material from MARVEL PREVIEW #14-15 and MARVEL SUPER SPECIAL #10.
In Shops: Dec 04, 2013
SRP: $7.99