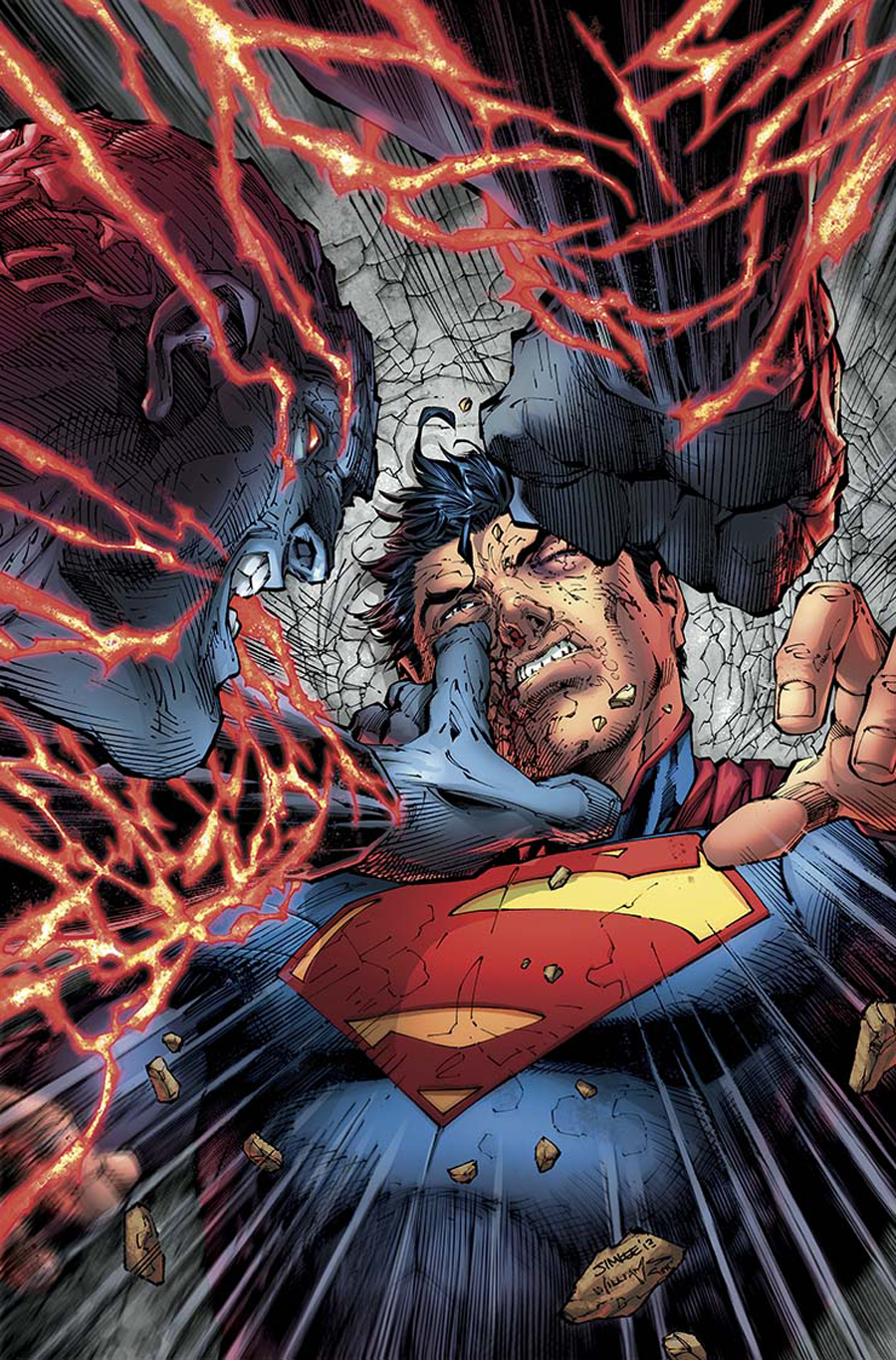 OCT130162
(W) Scott Snyder (A) Dustin Nguyen (A/CA) Scott Williams, Jim Lee
The Man of Tomorrow and the Superman of yesterday go at it - no holds barred! Supes goes full throttle after his would-be ally, Wraith, in a seismic battle ranging from deep space to the ocean's floor and ultimately the core of the earth! Meanwhile, Lois Lane holds the key to defeating Ascension, but she needs to reach the Fortress of Solitude to ensure its safekeeping - not to mention hers! And she's being pursued by a heavily armed force, and it isn't Ascension!
This issue is also offered as a combo pack edition with a redemption code for a digital download of this issue.
In Shops: Mar 19, 2014
SRP: $4.99
View All Items In This Series
ORDER WISH LIST