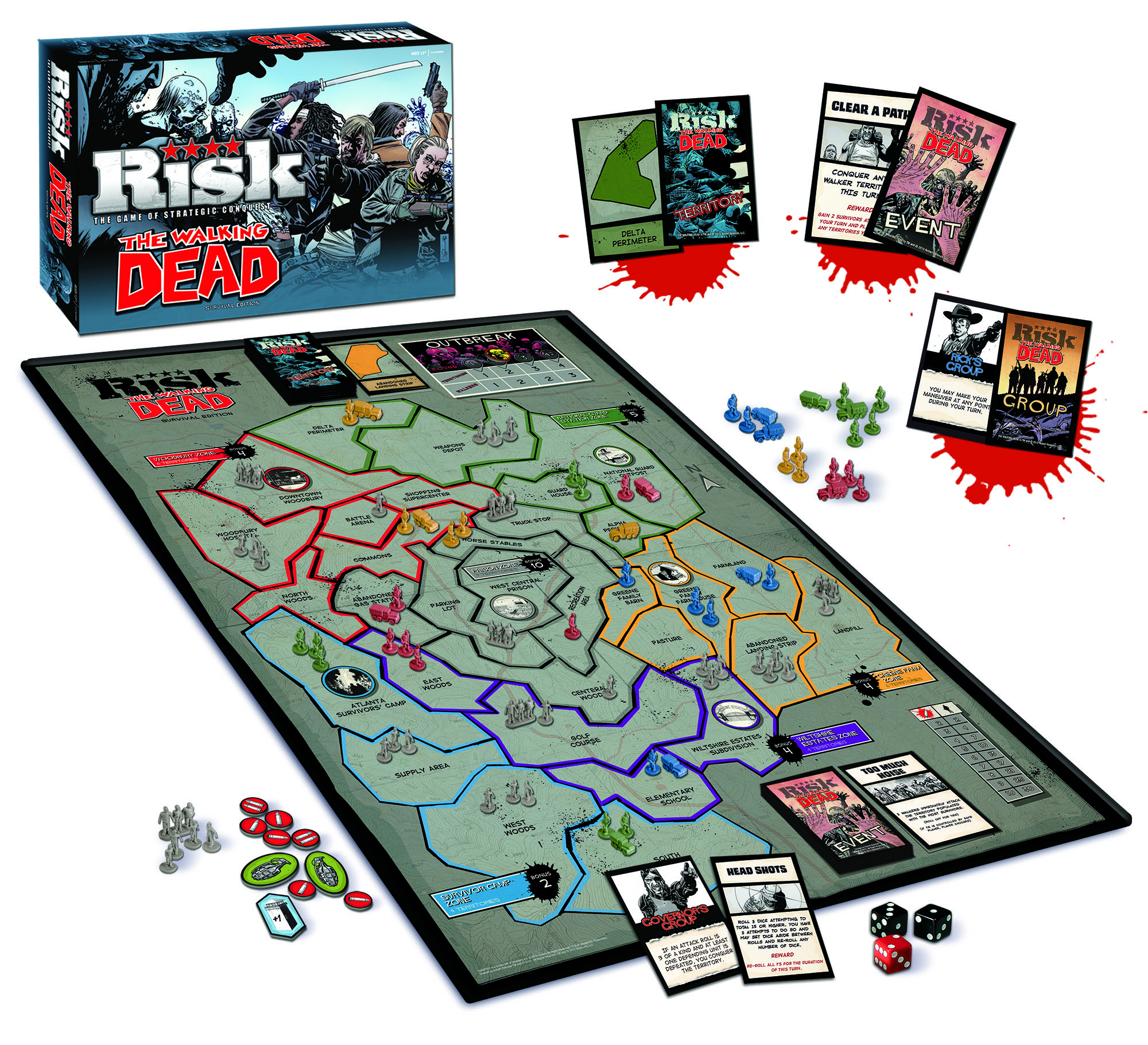 OCT128267
A Previews Exclusive! Risk: Walking Dead "Survival Edition" represents a fun, new twist on classic Risk game play. USAopoly is proud to debut a brand new map set in the southeast region of the United States where players battle and scavenge for their very lives. Contending for survival at every turn, gamers must not only fend off attacks from the living who compete for precious, limited resources upon which their survival depends, but they also must maintain their self-preservation from the unrelenting hordes of the undead that would feast upon them. Gamers can expect a fast-paced game of attrition and survival, where the last man standing wins!
Features Include:
• Zombies, referred to in The Walking Dead as "walkers," populate areas of the map and will randomly spawn at the start of each players turn. Spawning escalates at the start of each round providing increased danger for the players. When walkers spawn into an occupied territory the combat resolves immediately.
• A deck of "Event" cards. At the start of each players turn, in addition to spawning walkers, an event card must be drawn and read aloud. These cards reference story events from The Walking Dead canon and provide players with challenges with potential rewards and penalties and create more overall suspenseful interaction.
• A new deck of "Supply Cards" will add strategy, fun and flavor to this classic tabletop game.
• The game duration mirrors that of RISK: 2210 in that the game ends and scoring occurs after a period of time and not with one player controls ever territory. This speeds up game play and minimizes the duration an eliminated player is "out of the game." However, the ability to play classic RISK and the corresponding rules will be provided.
Ages 13+; 3-5 players.