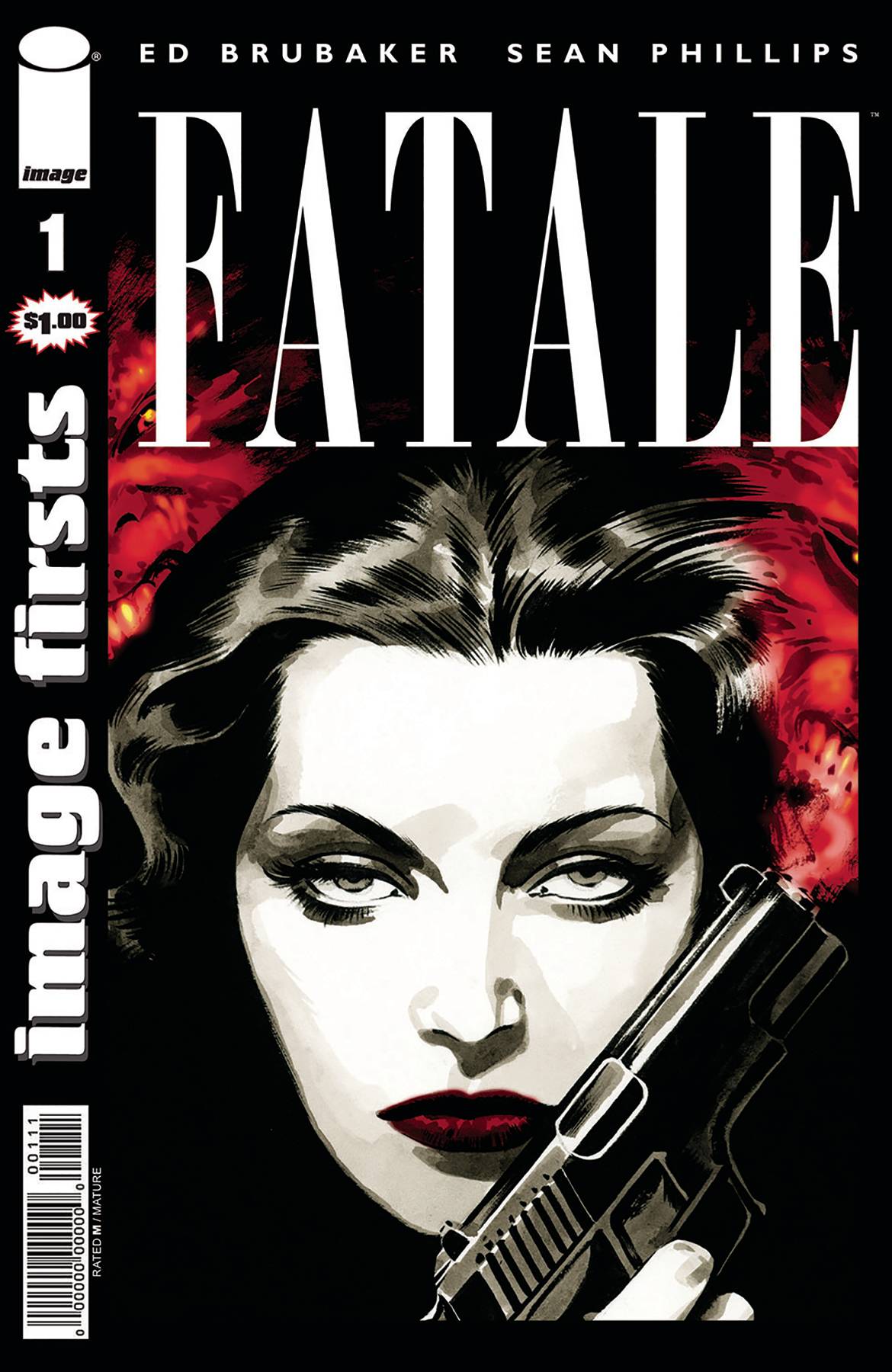 Nothing the BEST-SELLING and AWARD-WINNING creators of SLEEPER, CRIMINAL and INCOGNITO have done so far will prepare you for the explosive debut of FATALE!

A reporter in 2012 stumbles on a secret that leads him down the darkest path imaginable... to a seductive woman who's been on the run since 1935, a mobster who may be an immortal demon monster, and the stories of all the doomed men who've been caught in their decades-long struggle.

FATALE blends noir and horror to tell a riveting epic unlike anything you've seen before.
In Shops: Dec 12, 2012
SRP: $1.00
View All Items In This Series
ORDER SUBSCRIBE WISH LIST