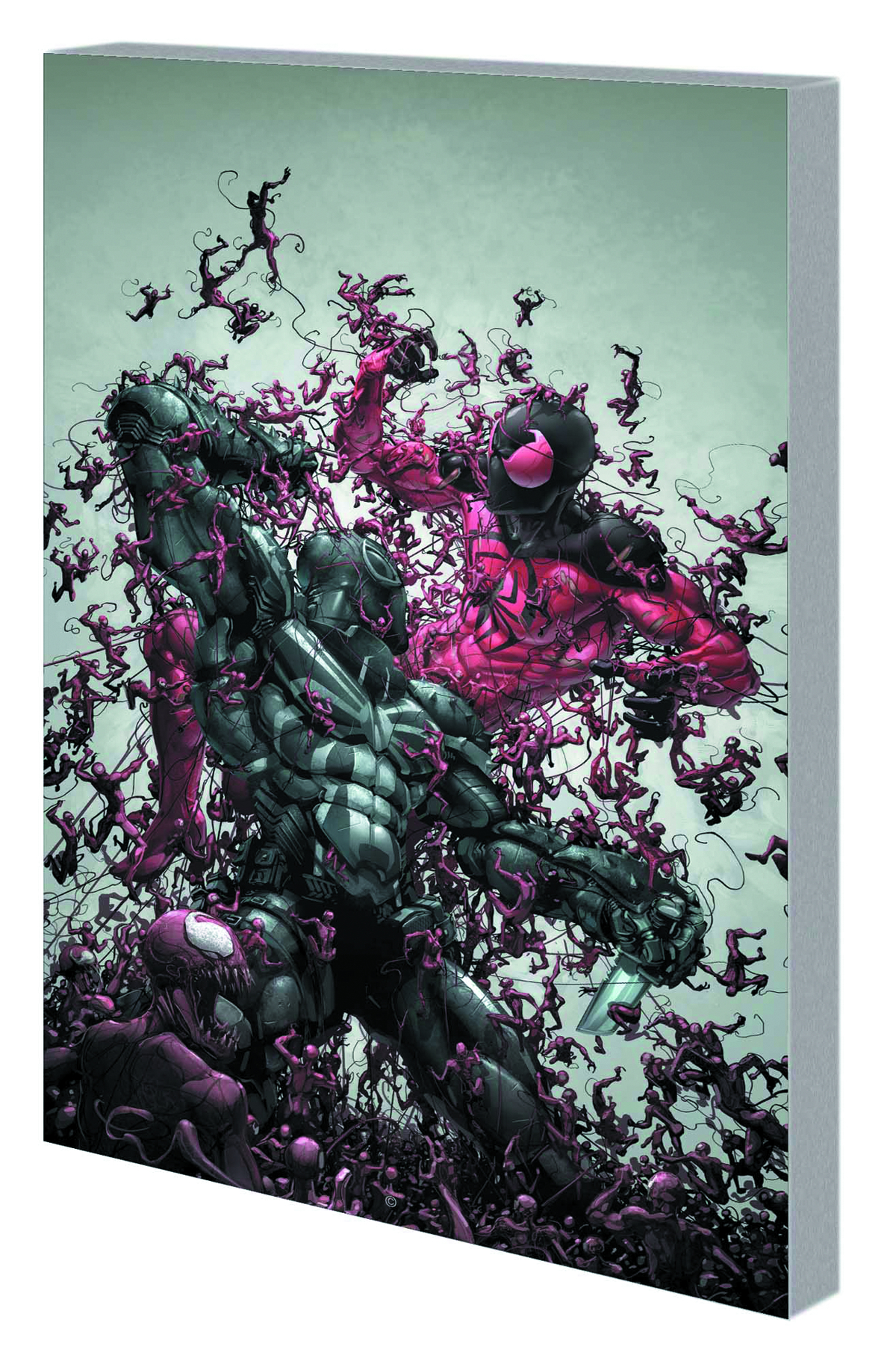 OCT120695
(W) Christopher Yost, Cullen Bunn (A) Lan Medina, Khoi Pham, Declan Shalvey (CA) Clayton Crain
Carnage is back - and bigger ain't necessarily better! Scarlet Spider and Venom collide as the hunt for Carnage begins, taking both heroes to a place you'll never believe: the Microverse! Cletus Kasady has found a whole new world to terrorize - and stranded on this alien planet, Scarlet Spider and Venom must work together to defeat him! But can the volatile heroes get along? Flash Thompson may not know who the Scarlet Spider is, but does the Venom symbiote? And can Scarlet triumph over the monster within himself in time to face the monstrous Carnage? The Micronauts join the web-slingers' battle to save a universe - but in the process, the heroes may have doomed our own! Collecting MINIMUM CARNAGE: ALPHA and OMEGA, VENOM (2011) #26-27, and SCARLET SPIDER (2012) #10-11 and #12.1.
In Shops: Jan 09, 2013
SRP: $24.99
ORDER WISH LIST