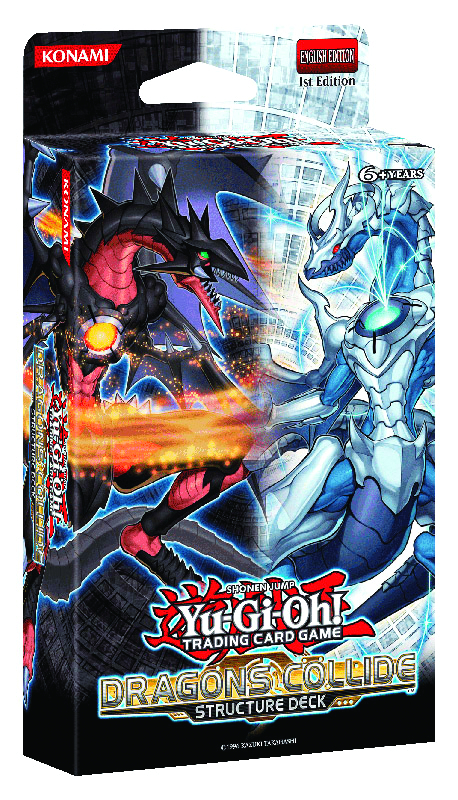 OCT118113
From Konami Digital Entertainment. Dragons of Light and Dark have put aside their differences to unite as one unstoppable force! This Structure Deck includes powerful Dragons, Lightsworn monsters, and some of the best Dark and Light monsters, all merged together into a Dueling juggernaut. Dragons Collide combines the powers of Light and Dark that will work well with not only the upcoming booster launching in May, Galactic Overlord, but also the Order of Chaos booster set releasing in January. Each Structure Deck Contains: 37 Common Cards, 2 Ultra Rare Cards, 1 Super Rare Card, 1 Rulebook, 1 Game Mat, and 1 Dueling Guide. Scheduled to ship 02/08/12. (1184)