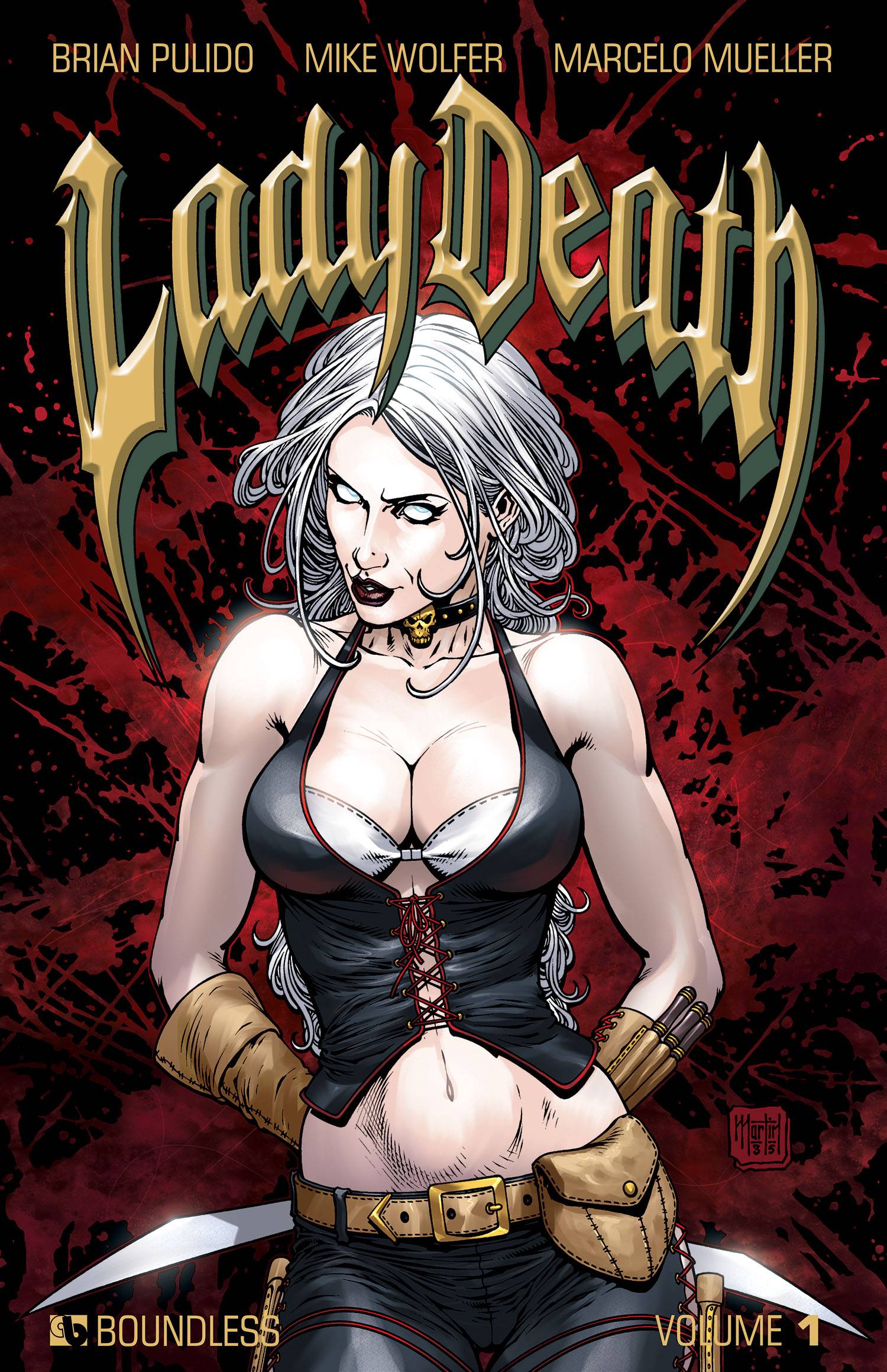 #
OCT110949
(W) Mike Wolfer, Brian Pulido (A) Marcelo Mueller (CA) Richard Ortiz
The first collection of the smash-hit new Lady Death series is finally here, collecting the first eight issues!  This December join us in celebrating the 20th Anniversary of Brian Pulido's iconic femme fatale, Lady Death!  Long ago, a young woman sacrificed her humanity to become the otherworldly femme fatale known as Lady Death.  But now, Lady Death is no more.  Stripped of her magic and memory, dethroned by the villainous Death Queen, and banished from the Blacklands, she escapes to Earth during the Dark Ages in the form of an amnesiac mortal thief named Illadra.  Driven by hazy visions of her former glory, the skillful Illadra sets off on a worldwide quest to reclaim her fragmented power... and face the evils that her magic has awakened.  This first collection of the new Lady Death series includes issues the Premiere, 0-6, a huge cover gallery, and a rare prose introduction by writer Mike Wolfer, previously only available in a hard-to-find ashcan.  Available in softcover with cover by Richard Ortiz and a hardcover  illustrated by Matt Martin.  Also available in a special Signed Hardcover by creator Brian Pulido that is limited to just 1000 copies.
In Shops: Feb 22, 2012
SRP: $32.99
View All Items In This Series
ORDER WISH LIST