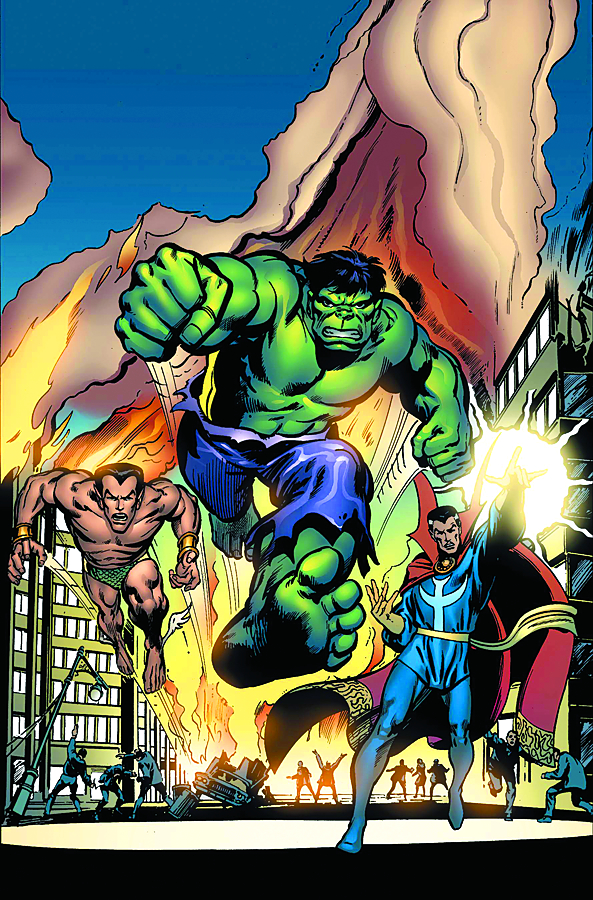 OCT110585
(W) Roy Thomas (A) Ross Andru (CA) Neal Adams
And there shall come a day...the day of the Defenders! With those words, Marvel heralded the coming of the universe's mightiest group of malcontents, the titanic trio whose awesome alliance formed the first incarnation of the dynamic Defenders: Dr. Strange, the Hulk and Namor the Sub-Mariner! This overstuffed issue follows the Master of the Mystic Arts as he enlists the peerless power of the Jade Giant and Atlantis' Avenging Son in a trilogy of tales spotlighting such thrilling threats as a nuclear Doomsday machine, dimension-hopping demon lords on Halloween and extraterrestrial brainwashing! Featuring the devastating Omegatron, the Dread Dormammu and Xemnu the Titan - with a cosmic cameo of future member the star-spanning Silver Surfer thrown in for good measure! Collecting MARVEL FEATURE (1971) #1-3.
88 PGS./Rated T+