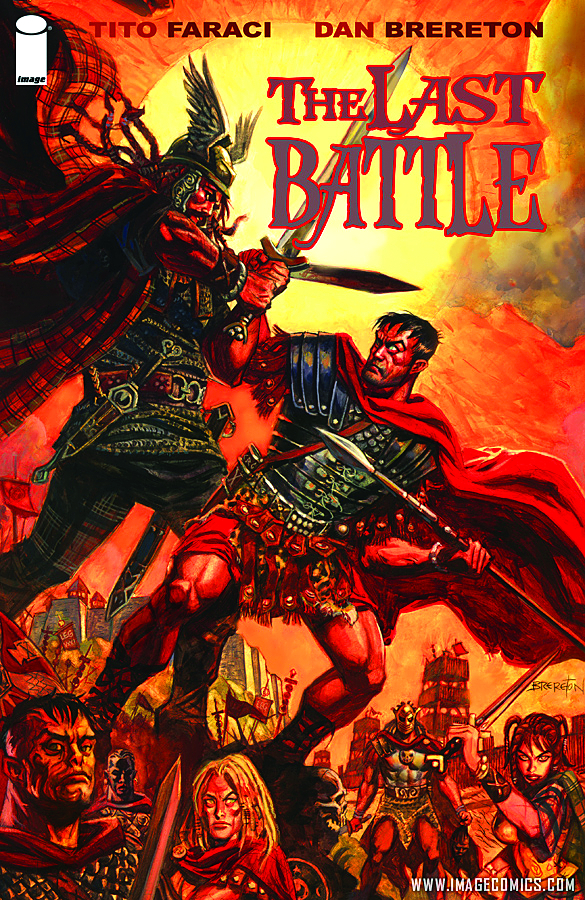 OCT110442
(W) Tito Faraci (A/CA) Daniel Brereton
The sheen of Hollywood's Rome is blasted away for this gritty, unflinching tale of an unsung commander in Caesar's Legions. In 52 BCE Gaul, Caesar's forces lay siege to the barbarian stronghold of Alesia in one of the biggest battles in history; nearby, another barbarian army prepares to attack the Romans from behind, led by the rebel Cammius, who once fought for Rome. Caesar dispatches his greatest general, Caius Rodius, to track through the untamed countryside, and bring back the rebel's head. Who better to hunt Cammius, than the man who taught him the very skills he now uses to defy Rome?  Torn between duty and friendship, Rodius questions whether the Roman "road of stone and blood" is a path he still wants to follow. Story by TITO FARACI (Diabolik, Spider-Man: The Secret of Glass, The Devil and Captain America), art by DAN BRERETON (NOCTURNALS, The Punisher, God-Sized Thor, Red Sonja).