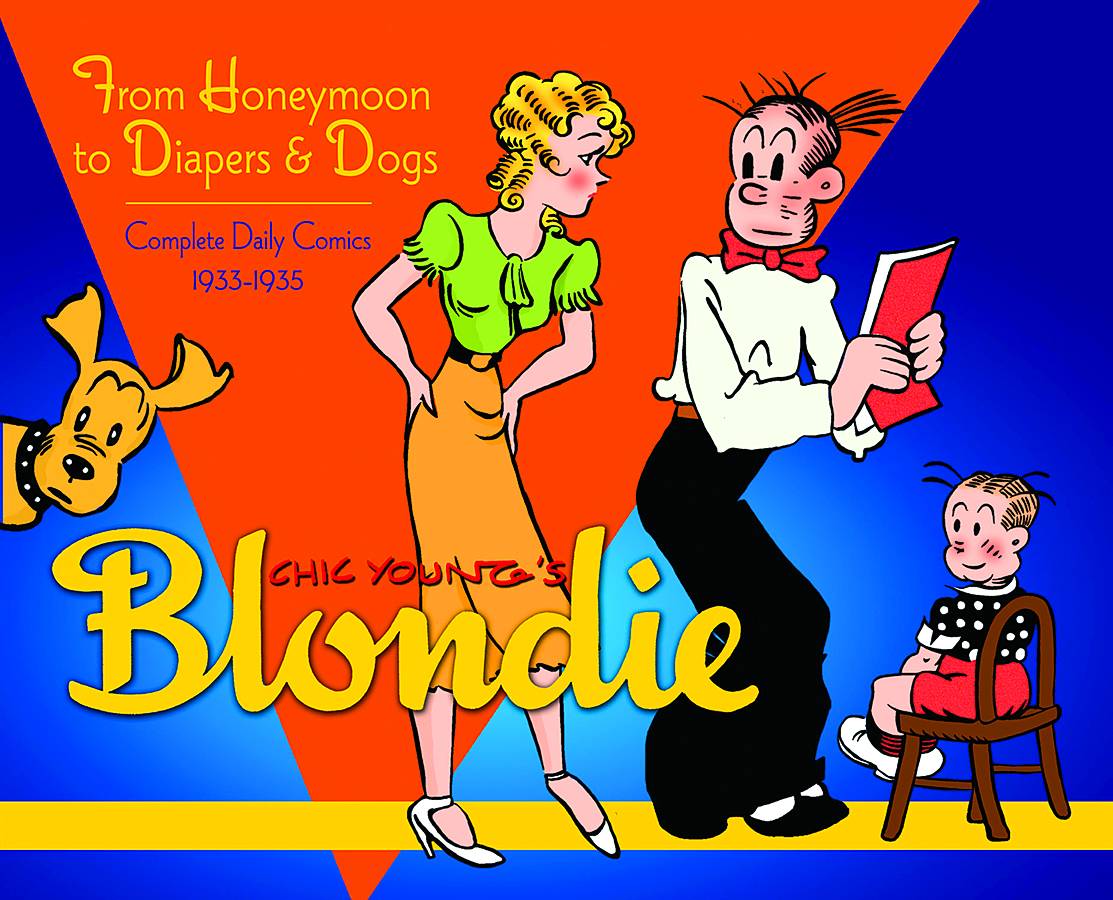 #
OCT110427
(W) Chic Young (A/CA) Chic Young
This second volume picks up where Blondie: The Courtship and Wedding left off. The story begins with Blondie and Dagwood on their honeymoon and features one hilarious gag after another. But all is not fun and games when the newlyweds arrive home. Dagwood's parents have disinherited him and the optimistic bumbler must go to work.
In the first three years of the strip, Chic Young experimented with different themes and approaches, but it's in the fourth through sixth years reprinted in this volume that he establishes the elements that would make Blondie the most popular comic strip in the world. All of the iconic elements and many of the regular characters in the strip are introduced in these pages: Dagwood's boss Mr. Dithers, his neighbor Herb, the dog Daisy...and in 1934, the first of the Bumstead children, Baby Dumpling (who is later given the name Alexander).

For millions of readers who've loved the Bumsteads over the years, this essential collection tells the complete tale of the couple's early marital bliss. Produced with the cooperation of the Chic Young family, the book includes an informative and entertaining introduction by Brian Walker that places Blondie in its historical context.

This is the very beginning of Blondie and Dagwood's life as we now know it.